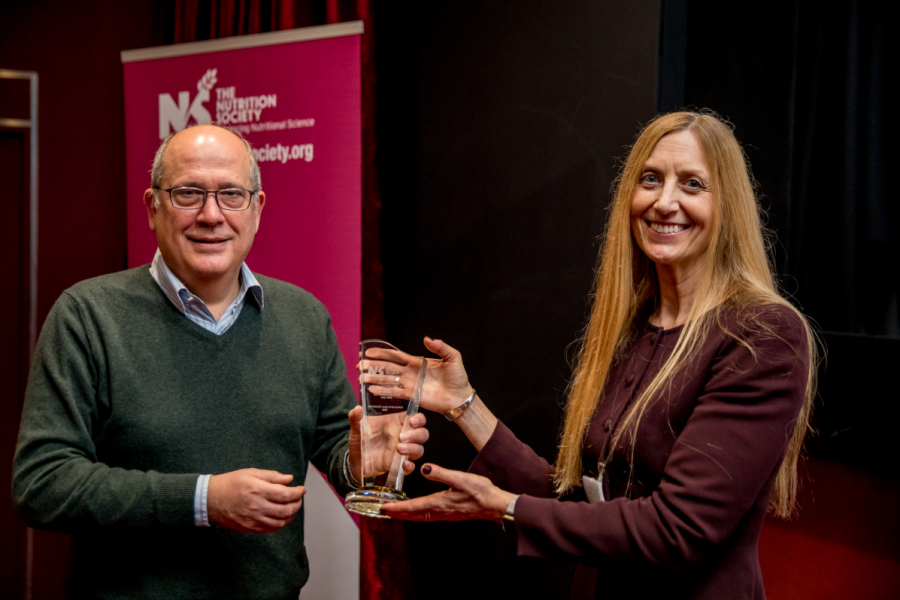 The Nutrition Society’s Blaxter Award is named after Sir Kenneth Blaxter FRS PRSE, who was a leading figure in the field of energy metabolism and animal nutrition during the second half of the last Century.  He was President of the Society from 1974 - 1977 and Director of the Rowett Research Institute, Aberdeen, Scotland, from 1965 - 1982.

This award is awarded to scientists within the area of Whole Body Metabolism and Animal Nutrition.

Professor Ilias Kyriazakis has been awarded the Blaxter Award 2021 for his research on "Starving for nutrients: reconciling the paradox of anorexia during infection"

Ilias Kyriazakis is Professor of Animal Science at the Institute for Global Food Security of Queen’s University Belfast. Prior to this he has held Chairs at Edinburgh and Newcastle. He is a veterinarian by training who specialises in the effects of animal management on their performance, ability to cope with challenges, such as pathogens, and environmental impact. He has worked with a variety of animal species ranging from mice to cows, but during the last 15 years his research has focused mainly on pigs and poultry. His recent work addresses: 1) the effect on nutrition on the ability of animals to cope with pathogens; 2) the use of alternative and home-grown feeds in pig and poultry systems, and 3) the development of methods to assess the environmental impact of local and global pig and poultry systems, including the assessment of system changes on their environmental impact.

His team was responsible for the assessment of the environmental impacts of the UK pig, broiler, layer and turkey systems, and the identification of hotspots responsible for such impacts. They are currently assessing the contribution of livestock health to the environmental impact of their production systems. He is a co-author of the CIEL report 'Net Zero Carbon and UK Livestock'. Professor Kyriazakis is the recipient of several awards, including the Leroy Award by the European Federation of Animal Sciences for International Excellence in Animal Science, the Royal Agricultural Society Medal for Research of Outstanding merit, which is of proven benefit to Agriculture, and Fellow of national and International bodies.

Professor Ilias Kyriazakis will present his research at The Society of Chemical Industry at the Society's 80th Anniversary Annual Reception 2021.

Find out how to apply for the Blaxter Award: Click here