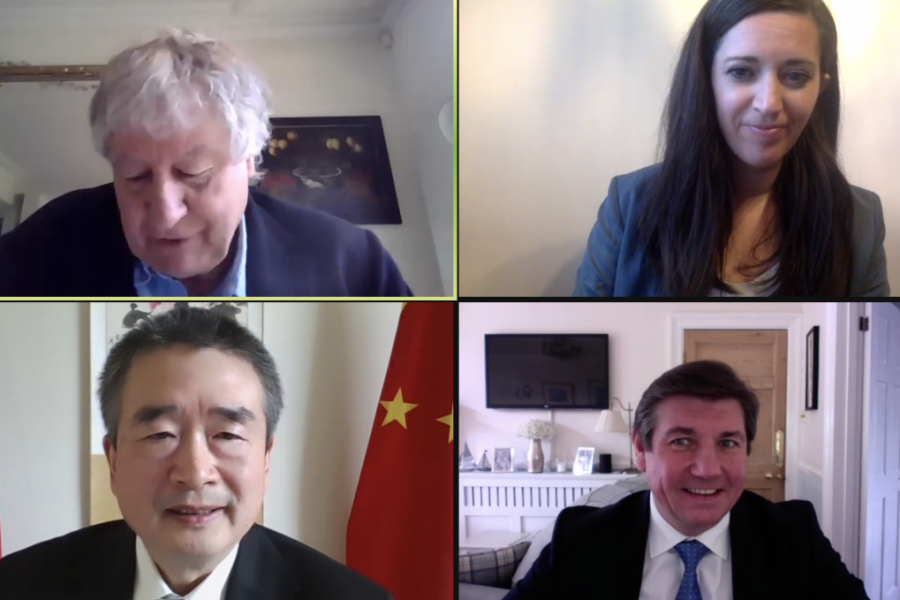 The Society was delighted to have supported Links Day for the fifth year running, a key science policy event organised by the Royal Society of Biology on behalf of the Parliamentary and Scientific Committee; bringing together scientists, policymakers, and politicians to discuss issues facing the science sector.

Although usually held annually in The House of Commons, the 2021 event took place online on 22 June. This allowed over 300 delegates to join from across the world.

With November’s United Nations COP26 Climate Change Conference fast approaching, Science and Climate Change was the focus of the morning, with speakers highlighting the importance of collaborative interaction between the scientific community and government in dealing with climate change and its associated challenges.

The event was opened by the Keynote Speaker Rt Hon Alok Sharma MP, who emphasised that having now brought climate change to the attention of government and society, the role of the scientific community in tackling the issue is unquestionable.

Whilst the scientific community informs governments around the world to effectively address the concerns of their constituents, Sharma added that it was the Governments role to establish these global links to create better frameworks that allowed cross border collaborations. He also drew attention to the COP26 Universities Network; a group of UK-based universities and research centres working together to raise ambition for tangible outcomes from the UN COP26 Climate Change Conference.

‘It is vital that politicians and scientists talk, and that science lights the way’ said Sharma.

Stephen Metcalfe MP then chaired an informative Q&A with Katherine Fletcher MP, Parliamentary Private Secretary to the COP26 President Designate. Katherine highlighted that Learned Societies have a crucial role to play in promoting joined up thinking with regards to achieving Net Zero, and that the answer will come from STEM researchers. 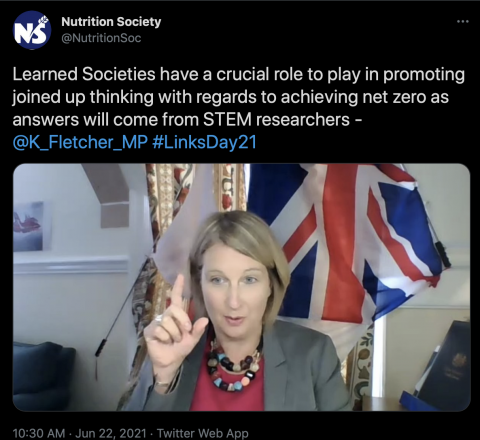 The consensus among all  speakers was that implementation was now critical if the target of carbon neutrality was to be achieved by 2050. Sir Patrick Vallance, UK Government Chief Scientific Advisor, reminded all delegates that we have just 1500 weeks until 2050 and now was the time to begin implementing technology at scale and begin putting it in place during the 2020s.

"Innovation needs to be deployed at scale and whilst new developments and iterations are important, we are now at implementation stage." Sir Patrick Vallance 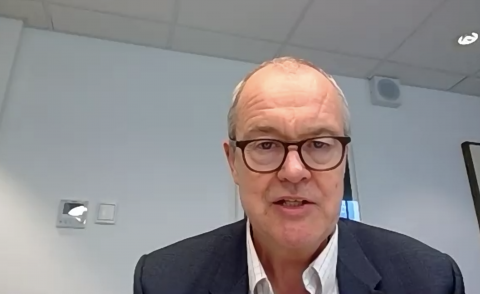 Sir Patrick Vallance added "Anything not yet discovered will not help with the 2050 target" before citing domestic heating and transport as two areas in which a huge push on existing technologies was now needed.

Bringing an international perspective to the event, Senior Expert Advisor of the US State Department Monica Dean, and Sunan Jiang, Minister Counsellor for Science & Technology Chinese Embassy in the UK highlighted that although there was a shared goal, the approaches to get there would need to consider the different challenges each country faced. Professor Adrian Smith, President of the Royal Society added that it was essential that Governments set clear roadmaps to overcome this though clear decisions around which technology would be best deployed.

Sir Adrian stressed that current debate is no longer about the scale of the problem, but rather what we are going to do about it and how can science help inform the best decisions.

With less than six months until the nations of the world will come together in Glasgow for COP26, speakers remained optimistic, highlighting that over the past year we have witnessed the power of science in a global emergency.

As scientists faught to understand the COVID-19 pandemic, find treatments and develop a vaccine, we have shown we can come together in the face of a crisis. With science leading the way, Monica Dean, Senior Expert Advisor, US State Department called for strong science communicators to help build trust and show how science can help us build a sustainable, resilient, net zero future. 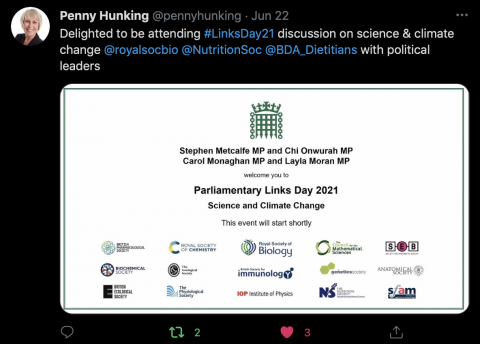 NEW All Party Parliamentary Group for Nutrition: Science and Health

The Nutrition Society invites interested MPs and members of the House of Lords to become founding members of a new All Party Parliamentary Group for Nutrition: Science and Health