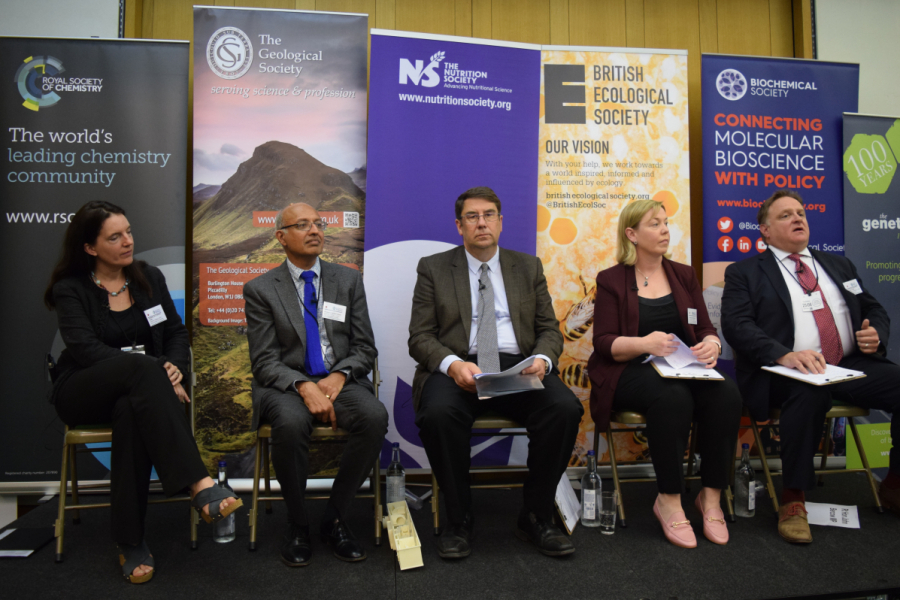 On 25 June the Society attended Links Day, a key science policy event held annually in The House of Commons. The event, organised by the Royal Society of Biology on behalf of the Parliamentary and Scientific Committee, brings together scientists, policymakers and politicians to discuss the issues facing the science sector. As a member of the Parliamentary and Scientific Committee the Society hosted several guests at the talk and reception in addition to President Philip Calder representing the Society on a panel discussing ‘science and new frontiers.’

The event was opened by the Speaker John Bercow who emphasised the importance of fostering relationships post Brexit given the critical importance of partnerships and collaboration for scientific research. Chi Onwurah MP, Shadow Minister for Industrial Strategy, followed with a keynote address where she noted that most scientists and MPs want the world to work better for all, something that requires the ‘twin engines’ of science and politics. With 20% of the UK population working in the science sector Chi Onwurah spoke at length about the importance of raising the proportion of UK GDP spent on science research and development. At present the UK spend less than the 2.4% EU average, and even less than the proportion spent by other countries such as the US and China.

The Society’s President Philip Calder then spoke as part of a panel discussion examining science and new frontiers. Panel speakers represented a diverse range of speciality areas and emphasised the importance of interdisciplinarity and collaboration in driving forward scientific innovation and progress. Targeted proton therapy for cancer treatment, advanced technology helping with earlier detection of diseases, and the use of big data for space missions were all cited as examples of scientific progress the UK science community is currently involved in. Professor Philip Calder spoke on healthy ageing, noting the remarkable improvements in life expectancy over the past century (driven by improved health care, diet, and social care), with some 18% of the UK population now aged 65 and over – a figure that has doubled since 1990. However, despite the successful extension of lifespan, for many the number of years spent in good health has not increased. Professor Calder therefore emphasised the importance of focussing on healthy ageing, and the role played by diet in helping to reduce functional decline and the loss of skeletal muscle mass that can play a key part in frailty and malnutrition.

Sir Norman Lamb MP, Chair of the House of Commons Select Committee on Science and Technology, struck a sober note in his keynote address with a plea to return to more rational policy-making and the need for application of evidence-based science at a time when the world faces several existential questions. Collaboration between scientists and policymakers will be necessary if the UK is to meet clean growth and technology targets for example. The final panel discussion of the day followed focussing on policies for success. Speakers from the Parliamentary Office of Science and Technology and the Campaign for Science and Engineering noted the need for better use and translation of academic research into policy-making, with Professor Stephen Harridge of the Physiological Society returning to the topic of healthy ageing discussing the need to change perceptions and deepen understanding of the physiological mechanisms that drive the ageing process.

Chris Skidmore MP, Minister of State for Universities, Science, Research and Innovation, closed the morning’s session with a keynote address that once again emphasised the importance of scientific partnerships. Acknowledging that 2019 has been a difficult year for the scientific and academic communities he spoke about his wish for the UK to have a long-term, depoliticised plan for scientific research. Noting that he has the ‘best job in parliament’, proceedings closed with delegates heading off to a lunch reception. Many thanks to our strategic partners and guests for attending. 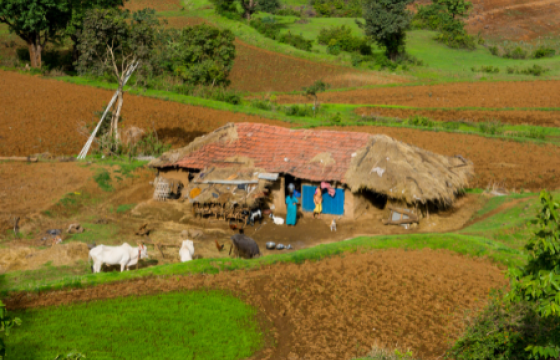 Paper of the Month
How a nutrition-sensitive agroecological intervention improved women’s...
July 2021