An address by the President to the Pakistan Nutrition Society Conference 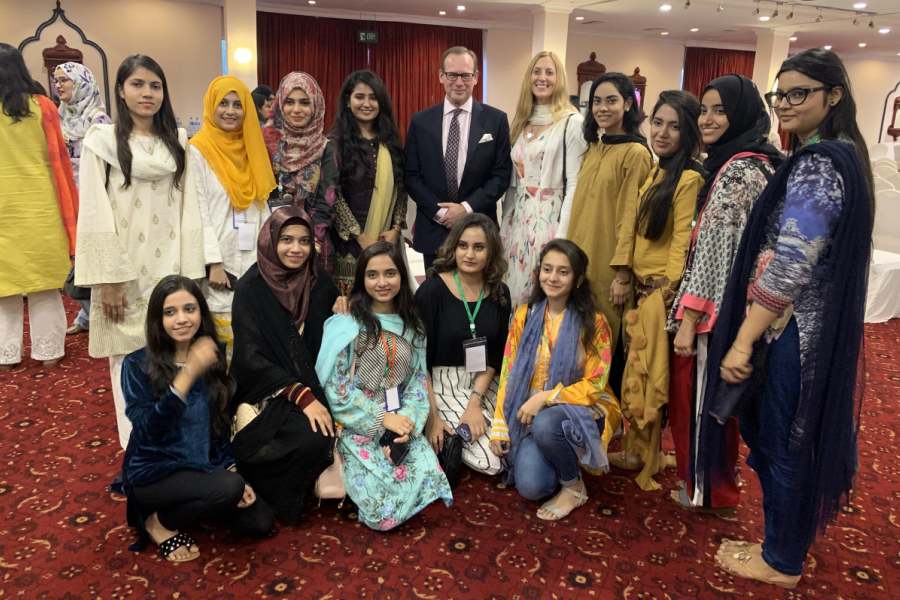 Over the period 1-4 November 2019 the Society’s President Professor Julie Lovegrove, accompanied by the CEO Mark Hollingsworth, attended the Pakistan Nutrition and Dietetics Society (PNDS) 1st International Conference on NCDs as guests. The Conference was held in Lahore, Pakistan, and was opened by the President of Pakistan, His Excellency Arif Alvi.

As part of the opening ceremony Professor Lovegrove was invited to deliver a welcome address outlining her thoughts on the challenges of NCDs, and to highlight the Society’s international strategy and how it could assist PNDS in its development. A transcript of her speech is below:

Mr President, honoured guests and colleagues, it is an honour for me to be here this evening, representing not just the Nutrition Society but also my University and the whole nutritional science community of the United Kingdom and Ireland. This my first visit to Pakistan. I am very much looking forward to my few days here with you.

I have been asked to talk briefly to two items: NCDs and nutrition; and then why the Nutrition Society is here at this conference. 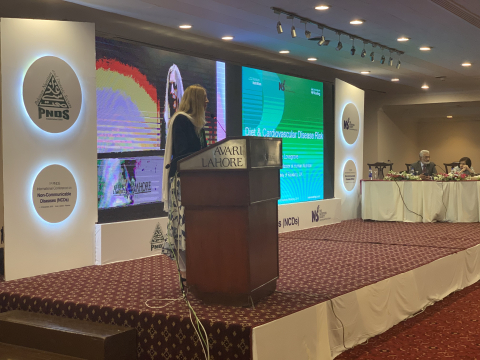 Although globally life expectancy has near doubled since the start of the Victorian era, this sadly hasn’t translated into more years lived without disability and ill health. Despite significant progress towards the World Health Organization’s goal of universal health care, we are now seeing a change in disease patterns, with rates of infectious diseases declining, while non-communicable diseases (NCDs) are rapidly increasing.

Nutrition has profound effects on health throughout the human life course, with our nutritional status influencing our health, and risk of both infectious and non-communicable diseases.

To start with the good news, economic development, education, improved food security and access to health care, and immunisation programmes in many countries have resulted in dramatic decreases in undernutrition-related diseases. Between 1990 and 2000 mortality rates from nutritional deficiencies decreased by 33.6%.

However, nutrition transition has brought rapid growth of modern retailing, the consumption of high-energy nutrient-poor foods and beverages, and a shift in the food chain away from traditional traders, retailers, and farmers towards supermarkets and agricultural behemoths. Globalization has therefore had profound effects on the global food system, physical activity levels, and consequently global health.

The consumption of high energy-dense foods at increasingly affordable prices has led to changes in food consumption patterns, which have unfortunately coincided with more sedentary, less active lifestyles.

While some of these changes have been unquestionably positive – improved food safety and the empowerment of working women for example – the issue occurs where obesity and NCDs emerge before the problems of nutritional deficiencies had been solved. This has resulted in a double burden of disease – the coexistence of both under, and over-nutrition – malnutrition and obesity.

Malnutrition remains an immense and universal problem, with at least one in three people globally experiencing malnutrition in some form, and with almost every country in the world facing a serious nutrition-related challenge

2 billion people are estimated to be overweight or obese, with the same number having a micronutrient (a vitamin or mineral) deficiency - so-called ‘hidden hunger’. With diets transitioning to energy rich, nutrient poor foods, it is now entirely possible to consume sufficient calories yet simultaneously suffer from micronutrient deficiencies. 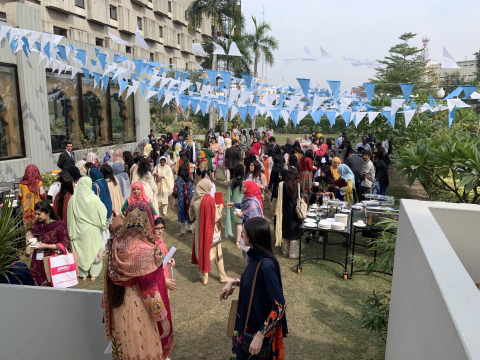 Globalization and the spread of western cultural and social norms have contributed to the global adoption of unhealthy behaviours, suboptimal diets, and a lack of physical activity; all of which have exacerbated the development of chronic diseases.

In 2017, NCDs accounted for 73% of all global deaths, with over half of all deaths (28.8 million) attributable to just four risk factors: high blood pressure, smoking, high blood glucose, and high body-mass index. All are lifestyle related, and three are nutrition relevant.

There is an increasingly global focus on solving the nutrition challenges with the WHO declaring 2016-2025 the decade of action on nutrition.

Obesity and NCDs also impact on quality of life. Importantly, unlike undernutrition, economic growth in low- and middle-income countries is positively associated with an increase of obesity, since a 10% rise in income per capita translates into a 4.4% increase in obesity. Well-nourished children are 33% more likely to escape poverty as adults, whereas stunted children earn 20% less as adults than non-stunted children.

There are many challenges, but hopefully many opportunities. I am delighted to be part of this conference to help discuss and address, at both the national and global level some of these challenges and opportunities confronting us all.

Let me now conclude with some comments about the Nutrition Society.

The Nutrition Society is one of the world’s largest such societies. Formed in 1941 by 28 eminent scientists, academics, business leaders and government policy makers, it has grown to nearly 3,000 members across the world in 89 countries.

The Society organises six scientific conferences per year, with the focus varying from student membership through to a postgraduate audience, and then on to full scientific meetings held in the spring, summer and winter.

The Society has its own Training Academy offering a range of specialist training in a classroom environment and increasingly in an online and webinar format, designed to enhance the skills in particular of early career researchers.

The Society offers significant support to international bodies including:

At its foundation in 1941, the Society's primary focus was to be a leading learned society to promote the science and teaching of nutrition in the United Kingdom and across the world. The founding members also had a vision to promote - through partnership with like-minded professionals across the world - the training of nutritional scientists, nutrition research, and programmes and projects aimed at tackling the nutritional problems in the UK and especially in Asia, South America and the Caribbean, the Mediterranean and Africa. This pioneering role of the Society in promoting the global nutrition agenda and providing leadership in global nutrition affairs has been embedded over the years and has firmly established the Society’s global appeal and historical place as a driving force for global nutrition. 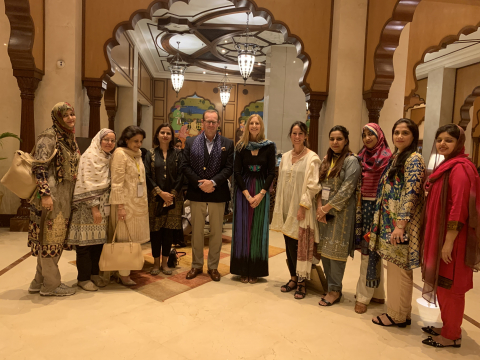 UK scientists and nutritionists are among the best trained in the world. They have the expertise to influence training elsewhere and thus contribute to building capacity in the global nutrition field. The Nutrition Society funds travel opportunities for its members to bring their research expertise to bear in developing evidence-based programmes, symposia and projects across the spectrum of nutritional science. It is our ambition now to expand our international work to help set up global regional centres of excellence to support training of the next generation of experts and a better health workforce both at home and globally. We are now looking for opportunities for Nutrition Society members to provide leadership and support in design, implementation, monitoring and evaluation of health and nutrition programmes in low and middle income countries.

That is what has brought me here today - to begin to explore partnership opportunities with our colleagues here in the Pakistan Nutrition Society.