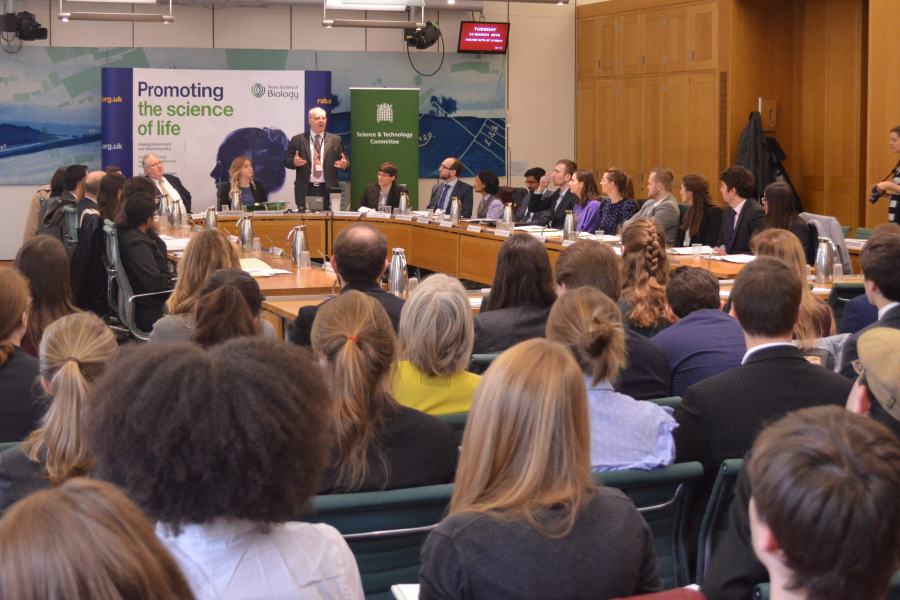 The annual Voice of the Future event organised by the Royal Society of Biology (RSB) on behalf of the Parliamentary Science and Technology Committee was held in Portcullis House, Westminster on 13 March 2018.

The annual event reverses the format of a Parliamentary Select Committee, giving a panel of early career scientists and students representing a diverse range of science organisations from STEM (Science, Technology, Engineering and Mathematics) including, to name but a few, The Royal Society, Society of Chemistry Industry (SCI), Institute of Physics, Open University, Biochemical Society and Royal Astronomical Society, the opportunity to form a Committee and question senior figures from Parliament and Government on issues and topics that matter to them.

Jiyeon Olivia Jang commented “It was an honour attending the Voice of the Future as one of the representatives and I really appreciate Nutrition Society who gave me this chance. The event was truly unique and enjoyable. There were various societies alongside us, hence the questions asked to MPs were very wide, giving me a good opportunity to broaden my prospects.”

Dr Stephen Benn, the RSB’s Director of Parliamentary Affairs, welcomed the Committee and Rt Hon John Bercow MP, Speaker of the House of Commons, opened the event highlighting the importance of this initiative to strengthen the focus of science topics and issues in Government.  Newly-appointed science minister Sam Gyimah MP and a range of other political figures were then quizzed by the Committee during the event on topics as diverse as fake news, artificial intelligence (AI), Brexit, EU, gene-editing, self-driving vehicles and mental health in academia.

Gyimah, who became Minister for Universities, Science, Research and Innovation in January, took a range of challenging questions including the underrepresentation of women in science and what plans the Government are making to ensure collaboration in research outside the EU post-Brexit.

In response, he recognised that to ensure a future of diverse scientists, a rise in awareness and encouragement to work together needs to be actioned to avoid discrimination.  Gyimah set out measures that the government had announced to help EU citizens get visas to study and work in the UK, and said the government would take advice from the Independent Advisory Committee on Migration to further mitigate against a potential drain of non-UK talent.

“Our success in science is in part predicated on having the best minds collaborate and work together. We are under no illusions that to retain our world-leading position in research and innovation we need the best minds to come here, freely”, Gyimah stated.

Chi Onwurah MP, Shadow Minister for Industrial Strategy, Science and Innovation, said that to ensure the Government and society receive the most accurate information and to avoid ‘fake news’, digital overload and biased media, models need to be developed to address this.  Government is taking steps to understand and disseminate algorithms in social media and to be able to call out ‘fake news’ with evidence in science.

Onwurah said the Labour Party would raise spending on science to 3% of GDP and would have immediately guaranteed the rights of EU citizens post-referendum to help keep close ties with the EU.  Onwurah also commented that there is a desire to keep the UK part of the grant programme to ensure the UK has a role of science in the EU post-Brexit, since the UK currently receives approximately 15% in grants.  In addition, she commented that the lack of security in academic careers was part of the wider problem of a lack of workers’ rights in the UK and that the area is a priority for Labour campaigns.

Members of the House of Commons Science and Technology Select Committee Martin Whitfield MP, Stephen Metcalfe MP and Carol Monaghan MP, were questioned by the committee, including Nutrition Society member, Michelle Young.  Young questioned ‘how does the Government plan to increase public understanding of how mental health can impact long term conditions?’  The consensus was to support research and increase an awareness and understanding of mental health.  The witnesses commented members of the public are discussing mental health but further support and initiatives need to be developed.

Michelle Young, commented after the event “I think it is important to be aware of the broader issues in science that are being discussed and this is a very useful event to keep up to date. The event was a good opportunity to meet other scientists at the start of their careers and see the challenges that face them.  It highlighted to me that research does not stand in insolation, and that for it to have impact it needs to be communicated to policy makers in an effective way.”

The final debate saw Director of the Government Office for Science, Dr Rupert Lewis, answer questions. Dr Lewis explained how the Government receives and acts on scientific advice.  Rachel Hine, Nutrition Society member had the opportunity to ask how can the Government improve the nation’s diet?  In response, Lewis commented that a strategy to support members of the public effectively and encouraging industry to collaborate to ensure the strategy is delivered is the approach.

As well as immigration, diversity was a recurring theme among the young and early career scientists’ questions, with many asking what the government is doing to support scientific careers for women and those from BME and lower socioeconomic communities.

After the event, Rachel Hine commented that “the event challenged me to think critically about the responsibility the government has within the future of science and technology. It has made me aware of the potential benefit of more young scientists pursuing a career in politics.”

Watch the full debate on Parliament.TV, and view the proceedings on social media using the hashtag #VOF2018. 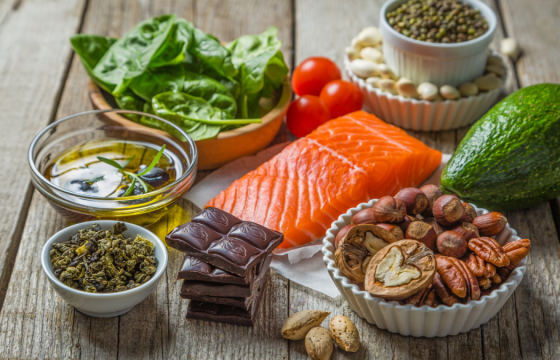