Inspiration and aspiration at The Nutrition Society Archives 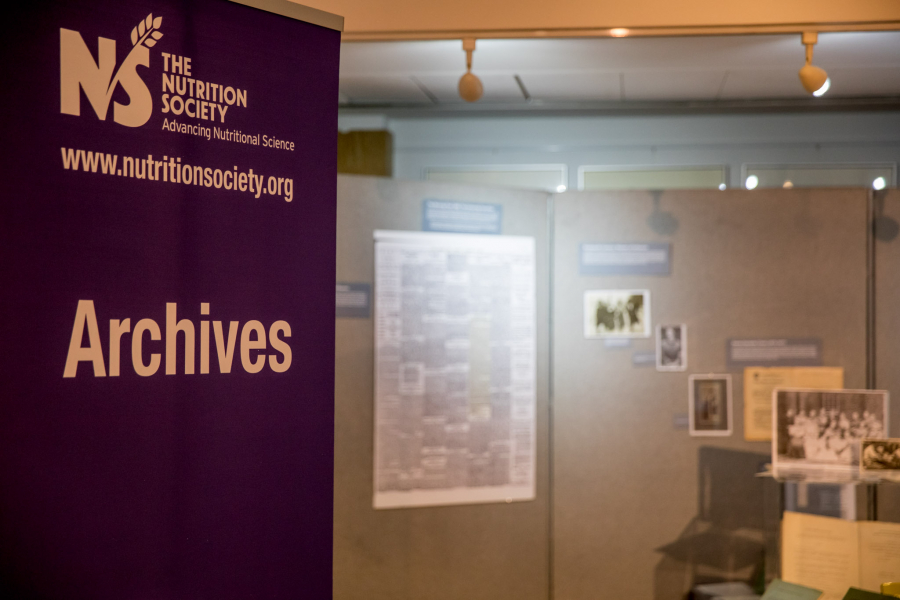 With her pen, Harriette Chick fought as a suffragist for women to have the right to vote. She was busy burgeoning a career in microbiology as the first female appointment to staff at the Lister Institute, but Harriette found time to write to the editor of The Morning Post, to champion the cause of the Women’s Social and Political Union. The publication of her letter in 1909 is captured in print at the British Newspaper archives but reading it 109 years later inspired the concept for the 2018 archives exhibition at the Nutrition Society Winter Conference, Women in Science: Women of Influence, at the Royal Society of Medicine on 4 – 5 December.

Ninety-six items from the Society’s archives were selected to trace the influence of 24 women over three centuries. A sense of mood, character, and spirit was conveyed by this influence-rich assembly of women by looking at their faces, handwriting, studies, surveys, and published papers.

Discoveries made in the process of curation can increase understanding of the measures that have been taken by women in science to assert a voice. A recent acquisition from Kings College London evidenced that previous to a reconnaissance expedition to Austria, Harriette Chick and Elsie Dalyell learnt the German language. Consequently, the successful lecture and publication of ‘Ueber die Gefar des Skorbuts in Wien' 1919, preluded Harriette’s ‘Vienna rickets studies’ 1919 to 1922.

This Winter Conference exhibition showcased women in science working amid growing political conflict at the turn of the nineteenth century. In times of war, it was not the gender of nutritional scientists that mattered but their capacity to problematise, experiment and reach conclusions independently. Consequently, scientific partnerships were formed: John Boyd Orr and Isabella Leitch, Robert McCance and Elsie Widdowson, Alice Copping and John Yudkin, Dorothy Hollingsworth and Jack Drummond.

From the early pioneers in the Twentieth Century to the Twenty-First Century, women in science were also represented in the exhibition  as Cuthbertson awardees, which recognised their achievements in nutritional science. Commemorative photos posted on the Society’s social media platforms will be archived. They will evidence to future generations some of the ways in which the Nutrition Society celebrated, one hundred years of the Representation of the People Act.

The Cloud of Influence (left) at the final section of the exhibition, affected people in a variety of ways, as they paused to think about their personal inspiration and aspiration in nutritional science. Some responded to the question ‘who has inspired, mentored, or motivated you?’ by calling to mind an immediate and obvious choice. Others pondered, in quiet thought and gratitude. For a few, the questions provoked conflict and complication. What most people shared in common, though, was how much he or she wanted to talk about the person whose name they added to the Cloud. The Cloud of Influence will be archived as a record, but as a concept, it demonstrated the importance of people to nutritional science. Members of the Trustee board, Advisory Council, Membership, and staff are clearly proud of being part of the Society’s development, and together, advancing its mission.