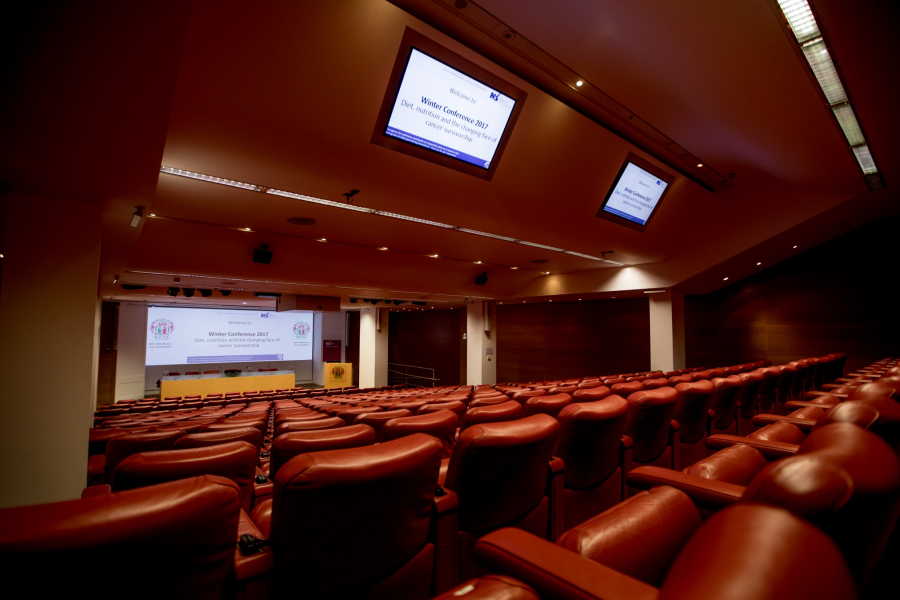 The 2017 Winter Conference, held in partnership with the Royal Society of Medicine, explored the role of nutrition at multiple points in the cancer pathway.  Acknowledging that the evidence base for cancer prevention is growing, the conference focused on the role of nutrition during treatment, in preventing reoccurrence and managing the co-morbidities of cancer survivorship, and strategies for end stage care.

Scientific Programme Organisers, Professor Ailsa Welch, University East Anglia, and Dr Bernard Corfe, University of Sheffield, welcomed 220 delegates to the conference from across a wide range of academic and medical disciplines.  Setting the scene, Dr Corfe told the audience, ‘half of cancer patients receive no dietary advice, yet a search on Amazon finds over 3000 books on diet and cancer’.  A statement that was met with a collective sigh, but little surprise.

Professor Elio Riboli, Imperial College London, gave the plenary lecture on dietary and lifestyle advice in cancer survivorship outlining how increasing physical activity, decreasing body mass and healthy dietary patterns can reduce risk of cancer reoccurrence.  Reviewing evidence from large nutrition and cancer cohort studies, Professor Riboli highlighted the wide variation in global cancer rates suggesting that the carcinogenic framework alone does not explain global variation on cancer rates.  The importance of lifestyle factors was reiterated with a slide showing that survival probability is similar for unhealthy non-smokers as it is in smokers who otherwise have healthy lifestyle habits. Another take home message from Professor Riboli was that ‘cancer prevention is not about medicine, it is about society’.

The first symposium focused on nutrition during diagnosis and treatment with emphasis on nutritional strategies to improve patient care. Dr Linda Wedlake, The Royal Marsden NHS Foundation Trust, spoke on the challenges of toxicity in pelvic radiotherapy concluding that the evidence suggests high fibre diets with pre and probiotics can mediate gastrointestinal toxicity and that there is no evidence for beneficial effects of restrictive diets.  Dr Ellen Copson, University of Southampton, gave a very relevant talk on obesity as a risk factor for 13 cancer types, although stressed the importance of body composition over using BMI to measure risk.

Original Communications took place on the first day and the Society successfully launched electronic poster boards allowing for interactive presentations with the ability to zoom in on data and move around the screen for maximum impact.  Greg Lessons from London Metropolitan University was announced as the Student Competition winner for his electronic poster presentation on dietary and lifestyle interventions to reduce the high prevalence of overweight and obesity in London firefighters. Congratulations to Greg whose winning abstract will be published in Proceedings of the Nutrition Society early next year.

The second symposium focused on diet for advanced and late stage care.  Professor Alessandro Laviano, Sapienza University, Italy, opened by highlighting the importance of starting nutritional care as early as possible to prevent weight loss and risk of cachexia. Dr Vickie Baracos, University of Alberta, Canada, also focused on cachexia telling delegates that ‘one cycle of chemotherapy could result in as much muscle loss as occurs in a healthy adult over 30 years’ highlighting the importance of dietary and lifestyle interventions in maintaining muscle mass.

The Cuthbertson Award was presented to Professor Leanne Hodson, University of Oxford, whose award lecture was entitled ’Hepatic fatty acid synthesis and partitioning: the effect of metabolic and nutritional state’.  In a fascinating, and very personal presentation, Professor Hodson discussed insights gained from studies using in vivo (including scanning her mother!), ex vivo and in vitro cellular liver models with a particular focus on non-alcoholic fatty liver disease (NAFLD).  Giving evidence on how metabolic and nutritional state may alter hepatic fatty acid and how these models aid understanding of the aetiology and development of NAFLD in patients.

The day of scientific lectures was followed by a drinks reception and dinner allowing delegates time to network and ask speakers the questions they had not had time to raise during the panel discussions which followed each symposia.

The National Institute for Health Research (NIHR) gave a series of four talks focused on cancer patients and how to address their needs.  Lesley Turner was representing patients and told delegates that patients want cancer specific advice, not generic healthy eating advice and that generally, they want to be actively involved to improve their prognosis.  Professor Jane Murphy, University of Bournmouth, discussed disparities within clinicians, particularly when diagnosing malnutrition, identifying a need for an evidence based online tool with standardised methodology for improved patient care.

Opening the final symposium, Professor Alan Jackson, University of Southampton, gave an excellent summary on the previous days discussions and the current state of the evidence. He finished with a rallying call for nutritionists to work together to tackle research gaps on the role of nutrition in cancer survivorship to improve patient care and experience.  The final talk of the conference was from Professor Louis Levy, Public Health England, who focused on how the evidence is translated into policy and how misleading media headlines can damage public confidence in nutritional science by suggesting conflicting evidence.

Bringing together lessons learnt in the previous days, the final panel discussion focused on key themes identified throughout the conference.  In particular, there was wide discussion on sources of information for patients and the level of confidence in internet searches. The panel agreed that trained Nutritionists and Dietitians all have a duty to challenge media myths.  Professor Philip Calder closed the conference by thanking Professor Welch and Dr Corfe for organising such a valuable and thought provoking conference, concluding that there was much work still to be done in this area, but throughout the conference we had gained new insight into where secondary intervention may be achieved.

The Society would like to thank Association for Nutrition, British Dietetic Association, British Nutrition Foundation, California Walnuts Commission, Cambridge University Press and Yakult for supporting the conference, and thank delegates for their valuable contributions during the discussions, and on social media, raising key questions and opening debate on such an important topic. 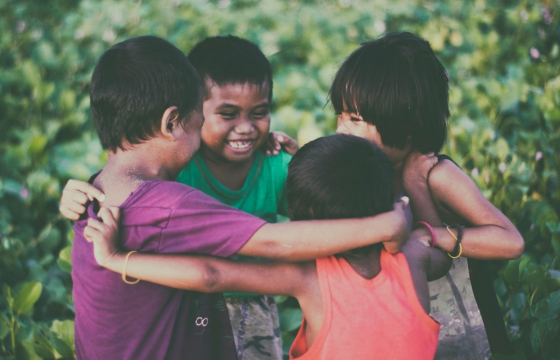 Paper of the Month
Summertime and the learning is easy: The World Food Programme Nutrition...
October 2020