75 years of the British Journal of Nutrition 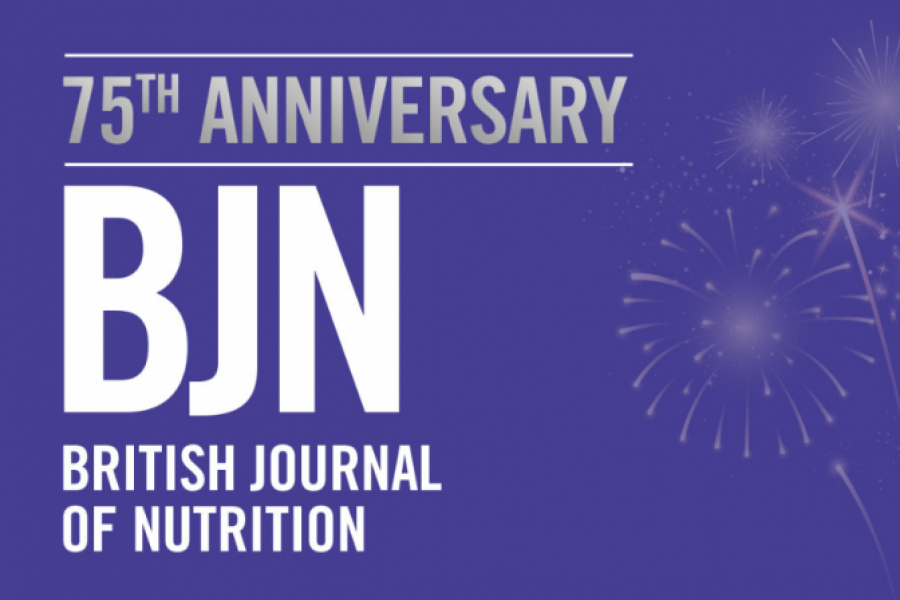 In 2022, we celebrate the 75th Anniversary of the British Journal of Nutrition. This is an opportunity to look back to the earlier days of the journal and to have a glimpse of what comes next.

How it all began

In 1942, Heffers of Cambridge printed a small 20-page document entitled ‘Proceedings of the Nutrition Society No. I. (1942)’ that contained a summary of contributions to the Inaugural Scientific Meeting of the Nutrition Society on 18 October 1941. Throughout the 2nd World War, despite great shortage of paper, the Society continued to publish reports of its scientific meetings in the Proceedings. However, in 1944, the editors of the Lancet and the British Medical Journal, amongst others, suggested that the Society should consider publishing its own journal containing original papers in nutrition research. This led to the decision by Council, on 31 May 1946, to launch the British Journal of Nutrition (Fig.1). Subscription to the journal would cost 10 - 15 shillings (50 – 75p) per year for members and £2.50 for non-members. Publishing a journal was, and remains, a financially risky business and the then Honorary Treasurer (A. L. Bacharach) concluded that it should be possible “just to scrape through without a deficit during the first year” after which a profit would be expected. This uncertainty may be one of the reasons that the subscription price for non-members was set, eventually, at £3 annually.

Figure 1: Council’s decision to launch the British Journal of Nutrition

In those early days, our publishing partners were Cambridge University Press who, among other things, helped with drafting Directions to Contributors, Editorial Report forms and a Guide to Style. We have continued that close and productive relationship with CUP for most of the last 75 years. The only break was between 1997 and 2006 when the BJN was published by CABI Publishing. As the Society’s Honorary Secretary at the time, I was involved with the decision to move to CABI – a decision taken on financial grounds.

Our first Editor-in-Chief (then styled Chairman of the Editorial Board) was the remarkable Professor Stanislas K Kon who held the post from 1947 to 1965 when he retired as Deputy Director of the National Institute for Research in Dairying (at Reading) and was appointed as President of the Nutrition Society. His obituary, published in the BJN in 1987, noted that “The Nutrition Society owes much to S. K. Kon…. His passionate demand for accuracy and his insistence on clarity of expression may have offended some of his authors, but many of us have cause to be grateful for the - sometimes harsh - lessons he taught us about the proper presentation of our results. His editorship set the pattern for the high standards the Journal maintains today.” The BJN continues to enjoy a high reputation for the rigour and fairness of our review process. Each of the Editors-in-Chief who succeeded Kon (Table 1) stood on the shoulders of a giant. Each made important contributions to the growth and development of our journal. I am delighted to celebrate their achievements and to record my thanks for the excellent work done by all Editorial Board members, and by the anonymous peer reviewers, across the years.

In 1983, when I first joined the Editorial Board, Roy Smith was Chairman. The three things that I remember about the annual Editorial Board meetings were: i) the very large ornate chair in which Roy sat (which added to the air of authority), ii) the detailed discussion about the standards that we expected during peer review and iii) the extensive lunches that we enjoyed between the morning and afternoon sessions of the Board. Over the past two years, our Board meeting have taken place virtually via Microsoft Teams so, whilst we could only dream of delicious lunches, we were able to focus on continuing improvements to the author journey and to the peer review process.

Table 1: Editors-in-Chief of the British Journal of Nutrition

* Chairman of the Editorial Board, # Editor-in-Chief

Looking to the future

This year we have a number of events at Nutrition Society, and other, conferences to mark the BJN’s 75th Anniversary and I look forward to seeing you at those events. In the journal, we will be celebrating some of our most highly-cited papers that have been influential in the development of nutrition science. In addition, we will continue to introduce improvements to how the BJN does its work in serving the nutrition community as we strive towards our goal of making the BJN the go to journal for the best nutrition research.

First published in the Gazette, Winter 2021

Figure 2:  British Journal of Nutrition's covers through the years