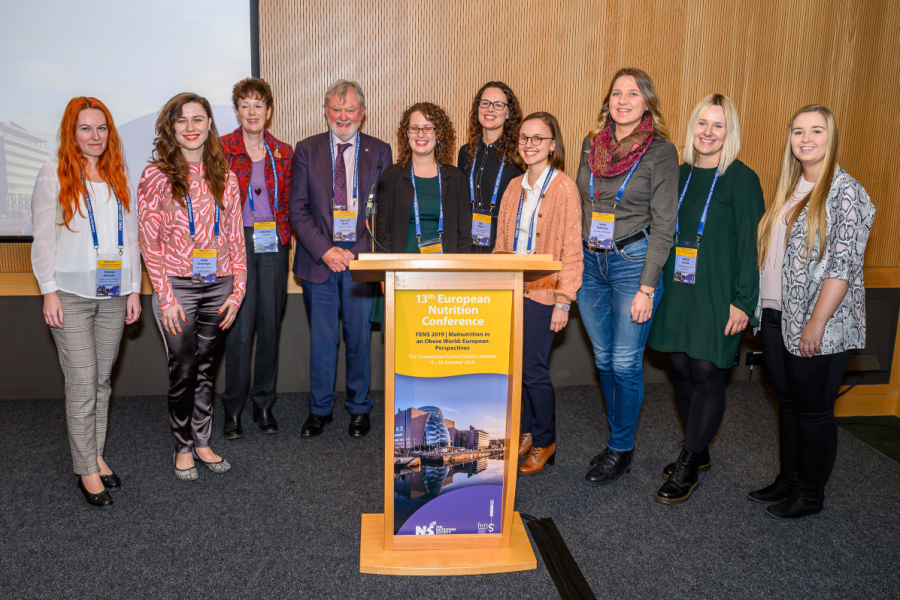 Working together with the international nutrition community is an essential part of strengthening nutritional science, and fundamental for advancing the study and dissemination of nutritional research.

With the Society hosting the 13th European Nutrition Conference (FENS 2019) this year, it was the perfect opportunity to combine the two pan-European events. As a result, the Society hosted this year’s 4th International Early Career Nutrition Research Championship (IECNRC) during the 2019 FENS conference held in Dublin 15-18 October. A first for both events.

Originally launched in 2016 by the Nutrition Society in collaboration with the French, German, Dutch and Belgium nutrition societies, the competition provides early career nutrition scientists with the opportunity to meet and compete with peers from around the world. This year, the Society were delighted to expand the competition to include three more European entries, taking the total number of competitors from six to nine. With 20 minutes to present their research, and five minutes to answer questions, researchers were judged on the quality of both their research and their presentation skills by a panel consisting of Dr Bernard Corfe, Dr Bernadette Moore and Dr Frank Thies. 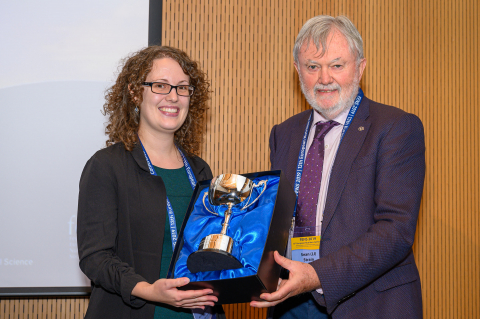 Dr Andreea Gherasim, from the University of Medicine and Pharmacy in Romania, was the first to present the findings of her research project looking at ‘Dietary patterns in type 2 diabetes patients’.  Using an adapted version of the EPIC questionnaire, Dr Gherasim collected anthropometric, metabolic, and dietary intake data from 119 adult patients with type 2 diabetes. With the majority of subjects overweight or obese (95%), Dr Gherasim found an inverse relationship between intake of fibre, nuts and seeds and serum cholesterol and LDL-cholesterol. Three dietary patterns were subsequently identified; the ‘prudent pattern’ (increased intake of cereals, vegetables, fish, nuts & seeds and fruit), the ‘Western pattern’, and a traditional Romanian dietary pattern. In both genders, those with better glycaemic control appeared to more closely follow the prudent pattern, with the Romanian dietary pattern having intermediate effects.

Noemi Redondo Useros, ICTAN-CSIC, Spain, unfortunately had to withdraw from the competition, but congratulations to Noemi for her shortlisted abstract entitled, ‘Healthy adults: a useful target population in probiotics and yogurt research studies?’

Carina Mack, the competitor from Germany, Max Rubner-Institut, brought day one to a close with her presentation, ‘Identification of markers for dietary intake and health status by GC-MS based metabolite profilin approaches.’  Metabolomics and metabolite profiling show increasing promise for use in identifying dietary markers, with the potential to complement existing dietary intake assessment methods which are often open to reporting error. Carina ran two studies using GC-MS metabolite profiling on urine and plasma samples to identify both markers of dietary intake (sugar compounds), and markers of health status. Using a newly-developed GC-MS sugar profiling method revealed a more complex sugar profile than anticipated. This allowed the identification of several new and known marker candidates for consumption of dairy, alcohol, and avocado amongst others. In addition, using the new profiling method allowed the correct identification of plasma sugar profiles in healthy, prediabetic and diabetic study participants following an oral glucose test.

Stella Breininger, the UK’s participant from Newcastle University began day two’s competition with an overview of her research looking at the ‘Effects of obesity and weight loss on mitochondrial structure and function and implications for colorectal cancer risk’. With colorectal cancer the third most common cancer worldwide; obesity, poor diet, and physical inactivity increase the risk of developing colorectal cancer. Obesity may result in increased inflammation and oxidative stress which can contribute to mitochondrial dysregulation and increase colorectal cancer risk. Yet there is limited evidence on whether intentional weight loss (as opposed to increasing adiposity) can therefore decrease inflammatory markers in the colorectal mucosa as mediated through epigenetic changes. Stella therefore described her research examining the effect of weight loss after bariatric surgery on mitochondrial markers, finding that weight-loss did indeed appear to enhance mitochondrial structure and function. 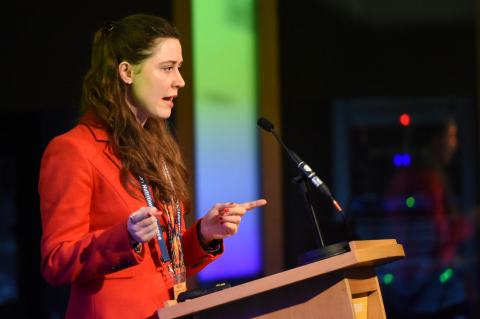 Dr Vanja Todorovic, University of Belgrade, Serbia, followed with a study exploring ‘Cocoa methyxanthines impact on body weight and physical activity in C57BL/6J mice’. With evidence demonstrating that cocoa is nutritionally beneficial due to its polyphenol content, it remains to be determined which bioactive compounds are responsible for the observed effects on body weight control and increased physical activity. Dr Todorovic’s study therefore supplemented mice for one month with cocoa methylxanthines. Mice bodyweight and nocturnal activity were then monitored and compared against a control group. No significant effect on body weight in the supplemented mice was found, although body weight was lower overall, with physical activity in fact found to be significantly lower in the intervention group.

Marta Lonnie, from the University of Warmia and Mazury, Poland, closed day two with her presentation; ‘Empirically derived dietary-lifestyle patterns and cardiometabolic health in young men: a review’. With an epidemic of cardiovascular disease forecast for men currently aged 40 and younger, identifying clusters of risk behaviours in this group may help to develop more targeted interventions. Marta found that very few studies reported clusters of dietary and lifestyle behaviours specific to this population, with those that did, finding that young men tend to exhibit more unfavourable health behaviours than either women or older groups. Dietary habits were also found to be more complex than other lifestyle factors such as smoking, with fewer dietary variables studied, and more in-depth assessment required given that young men were found to be a population at high risk of unfavourable health behaviours.

Dr Laura Kehoe, University College Cork, Ireland, was first to present with her research exploring ‘Nutritional challenges for older adults in Europe: current status and future directions’. With one in every five people estimated to be aged 60 years or over by 2050, research has increasingly focussed on the role of diet role in promoting ‘healthy ageing’. This study therefore reviewed current strategies to address nutritional challenges associated with ageing. Poor dietary quality among elder groups was found to be common, with high intakes of sugar, salt and saturated fat and low intakes of fibre prevalent. The consumption of fortified foods or nutritional supplements was found to be associated with better nutritional status, particularly when combined with natural foods, leading Dr Kehoe to recommend promotion of healthy food choices, reformulation, and food fortification or supplementation to ensure successful population ageing.

Dr Kim Braun, University Medical Centre, the Netherlands followed with a talk entitled ‘Methyl donor nutrient intake and risk of type 2 diabetes: results from three large US cohorts’. Explaining that DNA methylation can be influenced by the methyl donor nutrients central to the one carbon metabolism cycle (such as vitamin B12 and folate) - which may play a role in the development of type 2 diabetes - Dr Braun’s study examined whether intakes of these nutrients is associated with type 2 diabetes risk. Using data from the Nurses Health Study, the Nurses’ Health Study II, and the Health Professionals Follow-up study, analysis revealed that those consuming the most vitamin B2 and B6 had a 10% and 11% lower risk of type 2 diabetes respectively, while a higher intake of B12 when consumed in animal foods (rather than supplemental vitamins) was associated with an increased risk of type 2 diabetes.

Sarah Potgens, Universite Catholique de Louvain, brought proceedings to a close with her presentation: ‘Microbiota-associated metabolites are impacted in cancer cachexia’. Cancer cachexia is a multifactorial syndrome leading to muscle atrophy and fat mass loss. With gut microbiota a key regulator of metabolism, metabolites are a potential therapeutic target for cancer cachexia. Using next generation sequencing and proton nuclear magnetic resonance to characterise the microbial eco-system of mice with cachexia, Sarah’s study found profound and interrelated changes in both bacteria and metabolites in the cecal content of the mice. A decrease in both butyrate and acetate was observed, with Enterobacteriaceae numbers increasing. As a result Sarah recommended integrating these results with blood and liver metabolomics data to further investigate the role of specific microbial-host pathways.

Despite close competition, with the judges praising the high quality, the winner of this year’s Championship was Carina Mack. Congratulations to Carina. 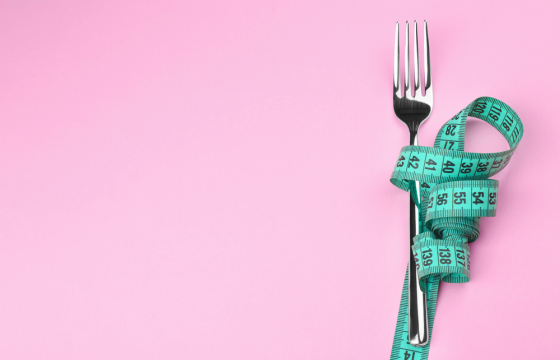 Paper of the Month
Current metabolic perspective on malnutrition in obesity: towards more...
July 2020