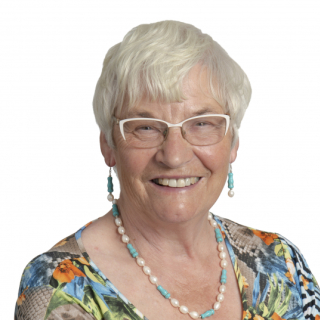 Dr Margaret Ashwell has viewed the relationship between food and health from all sides. She has been a Senior Research Scientist with the Medical Research Council, Principal of the Good Housekeeping Institute, and Science Director of the British Nutrition Foundation. She served on the UK Government’s Food Advisory Committee for 9 years. Margaret has run her own Company, Ashwell Associates Ltd since 1995. (www.ashwell.uk.com)

Margaret devised the Ashwell ® Shape Chart to focus attention on the health risks of central obesity. She acted as Research Co-ordinator for the Food Standards Agency's Research Programme on Nutrient Status and Function from 1994 to 2007. She has undertaken several reviews of FSA funded programmes and has acted as a scientific facilitator on many occasions.

Ashwell Associates have acted as disseminators in several EU projects including The EU Childhood Obesity Programme; Food in Later Life. They are currently disseminating results from the Early Nutrition Programming Project -EARNEST. They co-wrote the EARNEST and EURRECA proposals (European micronutrient recommendations aligned) and, in the latter, were responsible for ‘Integrating science and standards’.

A current role with industrial clients is to help them with the scientific substantiation of health claims. Margaret is the founder of a network for self employed nutritionists called SENSE.

Margaret lives in the village of Ashwell, near Cambridge UK, and is married with two daughters and two small grandchildren. Her passions are golf, tennis, football, cricket, photography and local history.