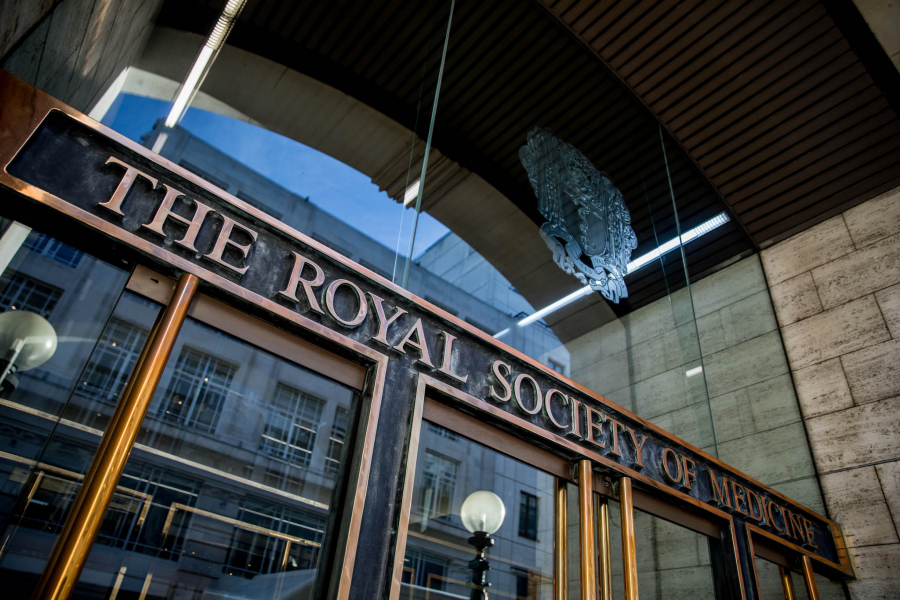 The Nutrition Society’s Winter Conference was held in association with the Royal Society of Medicine (RSM) on 4 and 5 December. This year’s conference examined the very topical subject of diet and lifestyle strategies for the management of cardio-metabolic risk. A topic of significant interest to healthcare professionals as metabolic risk factors increase the risk of developing cardiovascular disease (CVD), a condition that remains the leading cause of death globally. Scientific Programme Organiser, Professor Bruce Griffin, University of Surrey, welcomed almost 300 delegates to the two-day conference from 15 different countries. With nearly 150 tweets sent using #nswinter18, students, academics, physicians and other healthcare professionals all actively engaged in the debate.

Dr Jean-Pierre Després, Université Laval, opened the conference and set the scene with his talk ‘From syndrome X to cardio-metabolic risk: clinical and public health implications’. With an excess of visceral fat associated with fatty liver, insulin resistance and increased cardiovascular risk, it is thought that visceral fat’s inability to expand can encourage ectopic fat deposition, making it the highest risk type of obesity. Dr Després urged public health messages to focus on ‘waist watchers’, rather than ‘weight watchers’, recommending clinical practitioners go beyond body mass index (BMI) and use waist circumference to aid identification of overweight/obese individuals with the highest cardio-metabolic risk.

This was followed by the first symposium on dietary fatty acids, starting with Professor Julie Lovegrove, University of Reading. In the UK, the population currently only meets three out of five dietary guidelines on fat intake, consuming too much saturated fat and not enough omega-3. Professor Lovegrove emphasised the importance of looking at the quality of the nutrients replacing saturated fat in the diet. Evidence suggests that replacing saturated fat with polyunsaturated fatty acids (PUFAs), rather than refined carbohydrates, can be beneficial. She also emphasised that people eat food not nutrients, so substitution is complicated.

Professor Erik Berg Schmidt, Aalborg University Hospital, Denmark, shared data from a large Danish cohort study that found fatty fish decreased the risk of peripheral artery disease, although this protective effect was not seen for all the clinical endpoints studied. Professor Schmidt noted that those with the highest intakes of omega-3 also had better dietary patterns overall, again illustrating the importance of focusing on the whole diet. The safety and efficacy of a well-formulated ketogenic diet in the management of type II diabetes was the final talk of the first symposium, by Dr Stephen Phinney, Chief Medical Officer at Virta Health in San Francisco. Dr Phinney discussed the results of his recent one-year study examining a continuous care intervention for nutritional ketosis in type II diabetes patients. Although 54% of drug prescriptions could be discontinued one year into the trial (with 47% of patients seeing a reversal of their diabetic symptoms), low-density lipoprotein (LDL) cholesterol levels increased. Dr Phinney stressed the importance of ongoing care and the need for further research, suggesting that carefully controlled nutritional ketosis may offer clinical benefits.

Six oral communication and 22 original poster sessions followed in the early afternoon. These covered topics as diverse as an examination of whether bread consumption is a major risk factor for CVD in Nigeria, to results from the recent EPIC-Oxford study showing that vegetarian, pescatarian and vegan diets may have a protective effect against diabetes compared to meat-eaters.

The day finished with a keynote lecture by Professor Eric Rimm, Chan School of Public Health and Harvard Medical School, USA, entitled 'The optimal diet – so many pieces to that pie!'.  Noting that the increase in overweight and obesity in the past fifty years cannot be due to genetics alone given the rapidity of the change, Professor Rimm described the impact of the changing environment, with a global transition to an industrial diet and a decline in physical activity. Highlighting the dangers of looking to individual compounds – such as blueberry polyphenols – for reducing coronary heart disease (CHD) risk given the possibility of ‘magic pill pushing’, Professor Rimm advocated a Mediterranean-style dietary pattern adaptable to individual countries.  The lectures were followed by an informal evening reception in the very festive RSM atrium. Food stations were themed around dietary patterns linked to the management of cardio-metabolic risk, with the Nordic Diet station (serving salmon and barley) and the Mediterranean diet (tomato peperonata) station proving particularly popular.

Day two considered dietary sugars, resistant starches, and fibres with Professor Ian McDonald, University of Nottingham, opening the symposium. With ‘free sugars’ a term widely used in the UK since the Scientific Advisory Committee on Nutrition (SACN) Carbohydrate and Health report (2015), Professor McDonald drew attention to the dangers of overgeneralising given the different characteristics of the nutrients within the carbohydrate group. With a high prevalence of oral health problems, the UK recommendations for free sugars intake (<5% of Total Daily Energy (TDE)) are less than those of the WHO (<10% TDE). Noting the need for clearer labelling and more accurate measures of free sugars. Professor McDonald also highlighted the lack of high-quality research on the effects of fructose and galactose, calling for further research in this area.

Dr Denise Robertson, University of Surrey, then discussed the complicated relationship between resistant starches and cardio-metabolic risk. Evidence from animal studies associates resistant starches with a number of cardio-metabolic benefits (notably fat loss and increased insulin sensitivity). Dr Robertson noted that while similar outcomes cannot always be reproduced in humans, should even a fraction of these benefits be replicated, then there may be a significant role for resistant starches despite the challenge of individual variation in response (find out more on individual variation in response to nutrients from the Spring Conference 2018).  Finally, Dr Charlotte Evans, University of Leeds, explored the very topical issue of fibre (watch the short video of Dr Evans discussing fibre). A large number of beneficial health effects are associated with fibre intake, with a 2013 meta-analysis finding a protective effect against CVD for every 7g consumed. With only 13% of men and 4% of women currently meeting the UK recommendation of 30g a day, Dr Evans argued for clearer definitions and stronger policies to increase national intakes from a variety of foods.

Eleven poster sessions and six oral communication sessions looking at a diverse range of topics followed, including a qualitative study looking at the barriers to following dietary recommendations for type II diabetics in UK African and Caribbean communities, and the effects of protein supplementation alone, and in combination with exercise, on cardiometabolic health markers.

Symposium four began with Professor Antonis Zampelas, Agricultural University of Athens, Greece, examining the effects of several dietary patterns on CVD risk. Professor Zampelas noted the many benefits of, and similarities between, the Mediterranean, Nordic and DASH diets highlighting the focus on plant-foods and inclusion of all food groups. Using data from the new Hellenic National Nutrition and Health Survey, Professor Zampelas showed that modern-day Mediterranean populations have shifted from traditional dietary patterns. Looking to the future, Professor Zampelas recommended that the impact of different dietary patterns on the environment needs to be considered in addition to health outcomes. Dr James Betts, University of Bath, considered another hot topic, the role of nutrient timing in human health. Dr Betts examined the emerging data, noting that there are more diet books on intermittent fasting than there are high-quality research studies on their outcomes. Dr Betts’ recent trial demonstrated that while breakfast skippers did not compensate with greater energy intakes throughout the day, they did expend less energy overall than the breakfast eaters, who used up to 450 kcal/per day more through light activity.

Professor Andrew Salter, University of Nottingham, opened the last symposium with a novel overview of his own cardio-metabolic health profile, noting the impact of statins on his LDL levels. Although statins are highly effective at lowering LDL cholesterol levels, contributing to the decline in age-standardised CVD death rates, there is very limited research on any interactions between dietary components and drug therapies. Although dietary guidelines suggest no more than 10% TDE from saturated fat, following these recommendations in addition to taking statins may result in lowered high-density lipoprotein (HDL) levels as well as lowered LDL cholesterol.

Dr Alison Tedstone, Chief Nutritionist at Public Health England, concluded the conference considering how the evidence translates to dietary policy. With diet the leading cause of preventable disease in the UK, Dr Tedstone gave an overview of current policies aiming to reduce energy, sugar and salt content of diets in order to improve the food environment. Programmes to restrict advertising of foods high in fat, salt and sugar to children are underway, with the issue of childhood obesity the current political focus. Urging all attendees to take an active role in nutrition policy, Dr Tedstone drew attention to the ongoing establishment of a UK Committee for Nutrition and Health Claims in light of Brexit.

The Society would like to thank the Association for Nutrition, the British Nutrition Foundation, Cambridge University Press, Oatly and Tanita for supporting the conference. Thank you also to all delegates for their questions and engagement with the speakers. Invited speaker reviews and abstracts will be published in Proceedings of the Nutrition Society shortly. 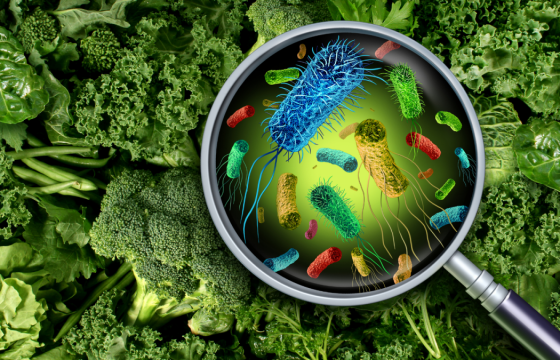 Paper of the Month
Are the beneficial effects of dietary nitrate on blood pressure dependent...
April 2021