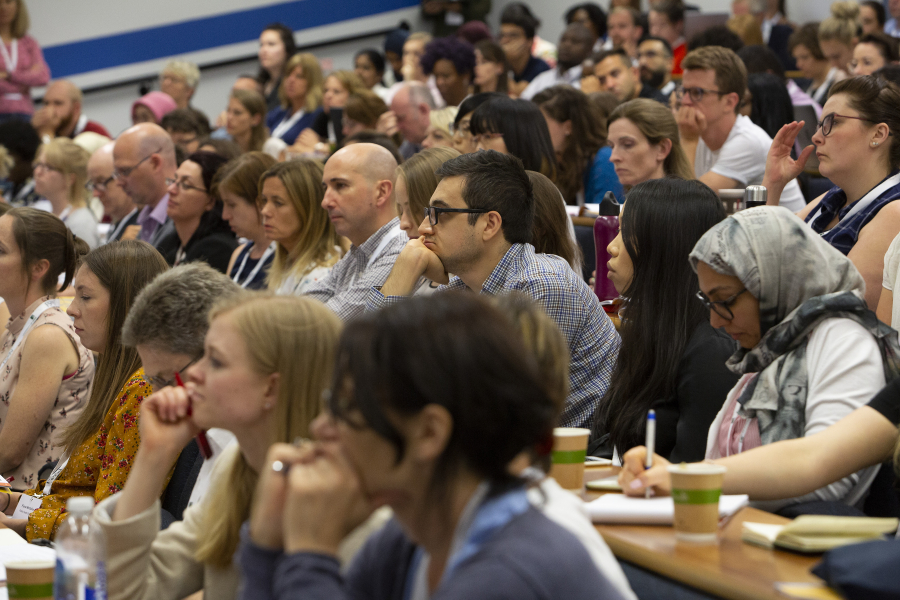 The 2018 Summer Conference, hosted by the University of Leeds, provided an overview of the myriad of factors influencing energy balance, addressing varying needs across the lifespan. Scientific Organisers, Dr Christine Bosch, Lecturer in Nutrition and Postgraduate Research Tutor, and Dr J Bernadette Moore, Associate Professor of Obesity welcomed over 400 delegates to the conference from across the UK and Ireland, and as far away as Japan, Oman and Hong Kong.  With six symposia, four plenary lectures, two medal lectures and 129 Oral Communications, the atmosphere and energy of the Summer Conference is impossible to capture, but over 570 tweets using #nssummer18 gives an indication of the enthusiasm, debate and information sharing across the three days.

Professor Janet Cade and Dr Carrie Ruxton opened the conference welcoming delegates to the #healthymeeting.  Reflecting the theme of the conference, care was taken to source healthy, local produce and an activity programme was created including morning runs, yoga and a tour of the Town Hall, including a 203 step climb of the clock tower.  Dr Ruxton acted as the Activity Champion encouraging standing throughout the scientific sessions and participation in the activities to ensure energy balance!

Professor Michael Goran, University of Southern California, USA, gave the opening plenary with an overview on the role of maternal dietary sugars in the early development of obesity and metabolic diseases.  After highlighting over 60 different names for sugars found on food labels, Professor Goran showed evidence from cohort studies of an association between glycaemic index in early pregnancy and greater adiposity in childhood at four, six and seven years old. Evidence was also shown for a similar association for artificial sweeteners in the maternal diet however he said oligosaccharides in breast milk may be protective due to their impact on gut microbiome.

Considering another hot topic, Professor Michael Müller, University of East Anglia, UK, began his talk with a cartoon to illustrate the role of gut microbiota in health. Professor Müller went on to discuss the importance of nutrition for the intestine, gut microbiota and the gut-liver axis providing evidence from animal models that the fibre content of diets has an impact on small intestine functions.  He then reviewed the evidence for calorie restriction as a successful strategy for longevity suggesting that this could be due to the positive impact on liver fat.  The Theme Highlights session followed the opening plenary talks, with each talk specially selected by the Society’s three Theme Leaders covering Cellular and Molecular Nutrition, Whole Body Metabolism and Public Health Nutrition.  A healthy, locally sourced lunch was followed by a walking art tour of the University of Leeds campus.

Dr J. Bernadette Moore, University of Leeds, UK, was awarded the Silver Medal and gave an excellent, and very entertaining, talk on understanding non-alcoholic fatty liver disease (NAFLD) pathogenesis.  Discussing some of the gaps in the literature and a lack of evidence for the role of certain nutrients in NAFLD, Dr Moore highlighted the importance of taking a systems biology approach to future research as this offers interdisciplinary methods which can be invaluable due to the complexities of the diet. After describing the novel, and complex, modelling systems she is working on with her team, Dr Moore returned to more familiar ground for most people discussing implications for public health and clinical practice.  She said that the evidence suggests dietary strategy is not important, but a body mass reduction of 5-10% would improve NAFLD prognosis and that a single nutrient approach was not appropriate. After the medal presentation, day one closed with Oral Communication sessions before an informal drinks reception where delegates discussed the evidence and challenges raised throughout the day.

After an early morning start with a 5km jog around the city centre, delegates were invited to an Early Career Researchers session with Professor Janet Cade, Professor Sean Strain and Professor Sangita Sharma who spoke frankly about the challenges faced in academia, and how to overcome them.  All of the panellists highlighted the importance of networking, finding a mentor, learning how to write successful grants, and being resilient as getting turned down is part of being a researcher.  The final consideration of the session was the value of work-life balance with the take home message that it is essential to have balance for your mental and physical well-being.

Professor Karen Lillycrop, University of Southampton, UK, gave the prestigious Boyd Orr Trust Fund Lecture discussing the role of the maternal and paternal diet on the future health of the child through altered epigenetic regulation of genes.  Drawing on evidence from epidemiological studies and animal models, Professor Lillycrop showed that maternal influencers such as diet and endocrine factors can cause phenotypes which increase risk of non-communicable disease in the offspring.

The final session of the day was the Postgraduate Symposium which considered personalised nutrition, gluten free diets and diets in ageing. One of these excellent young researchers will be selected to represent the UK at the International Nutrition Student Research Championships. Yoga practice followed the close of day two before delegates headed to the beautiful setting of the Leeds Town Hall for the Conference dinner.  Despite clashing with the world cup semi-final, the conference dinner was oversubscribed and dancing continued into the early hours.

Professor Helen Truby, Monash University, Australia, used case studies to illustrate metabolic changes in obese children and to discuss appetite control, behaviour change and compensation in weight management. Professor Truby highlighted the importance of translating the evidence for patient advice, particularly when working with children and families, ensuring realistic goals are set, educating patients on appetite changes and a focus on tangible rewards.  She finished the talk with a rallying call to the audience for them to act as advocates for food environment changes to make the healthy choice the easy choice.

Honorary Secretary Professor Sue Lanham-New introduced Professor Keith Frayn as the first Blaxter Award winner, awarded for excellence in whole body metabolism and animal nutrition, in memory of Sir Kenneth Blaxter FRS PRSE.  Professor Frayn began his wonderful lecture with a tribute to Sir Blaxter and by telling the audience that he had proudly watched his former PhD student, Professor Michael Goran, give the opening plenary lecture.  Professor Frayn then gave insight into the role of adipose tissue in metabolic health telling the audience that adipose tissue is not inert as it plays an important role in removing fat from circulation and keeping the fat stores turning over is a key to metabolic health.

During lunch on the final day was a forum discussion with a panel of industry representatives discussing challenges and opportunities presented by the sugar reduction and reformation.  The panel, chaired by Professor Bruce Griffin, University of Surrey, included: Mike Adams, Camden BRI, Kate Halliwell, Food and Drink Federation, Sue Gatenby, Pepsico, Liz Read, Nestle, Kate Stein, Marks and Spencer. The panellists told the packed auditorium that industry recognises a consumer need for healthier products, but all agreed that changes need to be made gradually for consumer acceptance, as was seen with the salt reduction programmes.  The panel, and the audience, also agreed that the emphasis needs to be on healthy dietary patterns and not just reduced sugar consumption.  The Society would like to thank all the panel members for their time and contributions on such a topical debate.

The final symposium considered clinical and public health considerations in the management of energy balance looking at the role of schools in childhood obesity prevention and a review of the whole systems approach to obesity with local authorities.  Dr Christine Bosch announced the student competition winners in her closing speech.  Congratulations go to Emily Prpa for the best oral communication, and Kathryn Dalrymple for the best poster presentation.  Dr Moore thanked the local organising team, speakers and the delegates for their invaluable contributions across the excellent three day conference.  Invited speaker reviews and abstracts will be published in Proceedings of the Nutrition Society shortly.

The Society would like to thank the University of Leeds for hosting the conference, and the Association for Nutrition, British Dietetic Association, British Nutrition Foundation, Cambridge University Press, Metabolic Health Solutions, N8 AgriFood, NutriTools, Randox Biosciences, Tanita and Yakult for supporting the conference.  The Society would also like to thank delegates for their valuable contributions during the discussions raising key questions and opening debate. 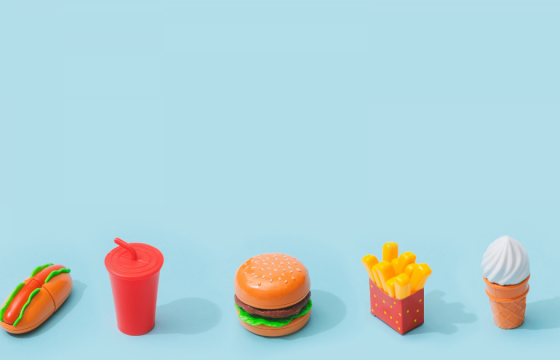