Strategies to address anaemia among pregnant and lactating women in India: a formative research study | The Nutrition Society Skip to main content

Strategies to address anaemia among pregnant and lactating women in India: a formative research study 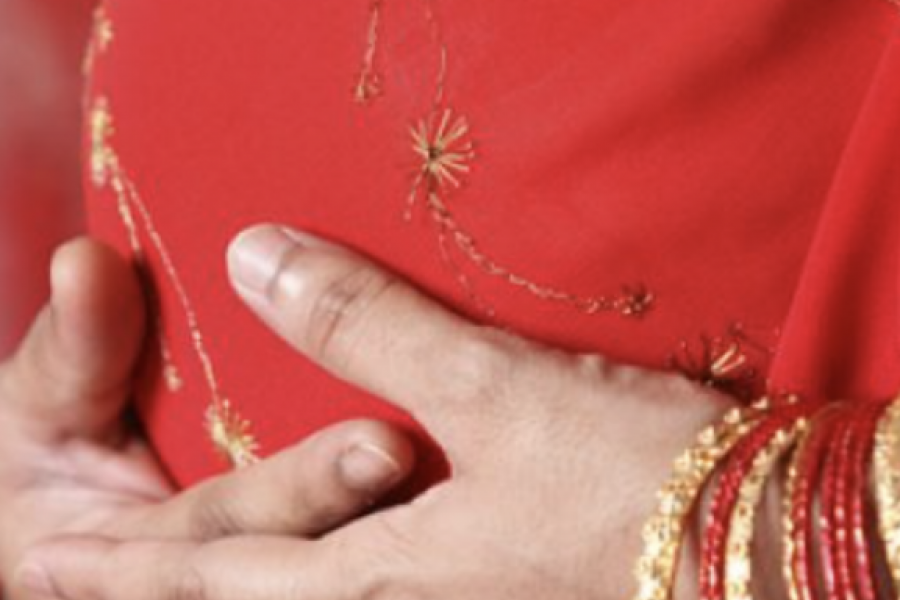 The Paper of the Month for April is from Public Health Nutrition and is entitled ‘Strategies to address anaemia among pregnant and lactating women in India: a formative research study'  by Mariam Siddiqui, Jon Poehlman, and Pamela A. Williams

Currently in India, over half of all pregnant women are affected by anaemia, a health concern caused predominantly by iron deficiency. Critically, anaemia can lead to a number of poor health outcomes during pregnancy, such as premature birth, low birth weight and maternal and child mortality. About 80% of maternal deaths in India can be attributed to anaemia.

The government of India has adopted the use of iron and folic acid (IFA) supplements during pregnancy as its primary preventive and treatment tool, mandating that all pregnant women receive 100 days of IFA supplement during pregnancy. However, adherence to IFA supplement among women is low and can be attributed to a host of factors besides supplement side-effects. These include lack of awareness of anaemia symptoms and not understanding the consequences or the benefits of prevention, low agency within one’s household, beliefs about pill consumption during pregnancy, poor utilization of time-appropriate antenatal services, and unclear instructions or insufficient counselling by healthcare providers.

As part of larger effort to understand and address the anaemia challenge in India, we conducted in-depth interviews and focus group discussions with women, as well as key informant interviews with health officials and workers. Our goal was to better understand social and cultural factors around IFA supplement provision and adherence and identify potential strategies for improving adherence and behaviours to prevent and treat anaemia among pregnant and lactating Indian women.

From the findings, we suggest that pregnant and lactating women are not being provided with information necessary to make effective decisions or to motivate them to make behavioural changes to address anaemia. Moreover, healthcare providers are not always fully advising women and there is undue focus on dietary changes in the information women receive on addressing their anaemia. Also, there is limited focus on anaemia during the breastfeeding period. We also found that while women were confident in their ability to prepare and eat healthier foods to address anaemia, they often lacked control over resources such as appropriate food availability.

As a related challenge, family, in many instances, play a supportive role in addressing anaemia during pregnancy. However, IFA compliance may also be undermined by household attitudes about it. Consequentially, interventions may be needed to address intergenerational issues and counter myths and misconceptions about anaemia treatment.

Overall, our study’s findings suggest the need for multicomponent interventions to train healthcare providers, address systemic barriers and involve family members to support IFA supplement adherence and dietary changes. As such, there is a need for further research to determine which strategies are most effective to reduce the burden of anaemia in India among pregnant and lactating women.