Relationship between vitamin D and inflammation in older adults in England 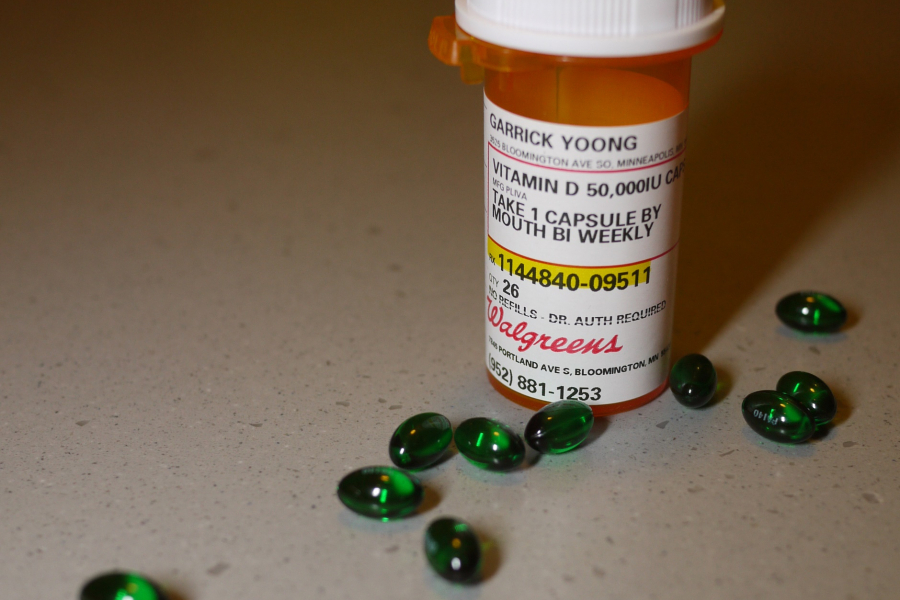 The Nutrition Society Paper of the Month for October is from Journal of Nutritional Science and is entitled 'Vitamin D and inflammatory markers: cross-sectional analyses using data from the English Longitudinal Study of Ageing (ELSA)'.

Low vitamin D status is an increasingly important public health issue worldwide, in all population groups, although more common in older adults. The serum concentrations of 25-hydroxyvitamin D (25OHD), the major storage and circulating form of vitamin D rises and falls with the supply of vitamin D3 (cholecalciferol) and vitamin D2 (ergocalciferol). Vitamin D3 is metabolized to 25OHD3 in the liver by vitamin D 25-hydroxylase and then further hydroxylated by the key enzyme 25-hydroxyl vitamin D3-1α-hydroxylase (CYP27B1) to the biologically active form: 1,25OHD or calcitriol in the kidney and in many different tissues throughout the body. Older adults are at increased risk of poor vitamin D status due to the lack of sun exposure and to an age-related decline in the efficiency of vitamin D synthesis and metabolism.

The importance of vitamin D in the absorption and metabolism of calcium for bone health is well known. Further studies demonstrated that low 25OHD concentrations may promote the pathogenesis of type 1 diabetes, rheumatoid arthritis, multiple sclerosis, cancer, sarcopenia and other diseases. Other actions of vitamin D include its impact on the innate and adaptive immunity. High concentrations of inflammatory biomarkers, such as plasma fibrinogen, white blood cell count (WBC) or C-reactive protein (CRP) have been associated with chronic inflammatory diseases, such as, cardio-metabolic disease risk. Some studies have demonstrated that high 25OHD concentrations may protect against cardiovascular disease.

It is now well recognized that CYP27B1 and the vitamin D receptor (VDR) are expressed in cells involved in the inflammation/immune system in the human body. This provides biologically plausible reasons for why low vitamin D levels could play a role in the aetiology of inflammatory diseases such as cardio-metabolic diseases but the majority showing a link  are based on small samples or on specific patient groups.

Recent evidence suggests that low vitamin D concentrations are associated with increased levels of inflammatory markers. However, there are limited studies investigating associations between vitamin D levels and inflammatory markers in the general population and much of this evidence in older adults is inconclusive. Therefore, we investigated the cross-sectional association of serum 25-hydroxyvitamin D (25OHD) levels with three inflammatory markers i.e. C-reactive protein (CRP), fibrinogen and white blood cell count (WBC) in 5,870 older English adults from the English Longitudinal Study of Ageing (ELSA). ELSA is a large prospective observational study of community-dwelling people aged 50 years and over in England.

Our findings showed that there was a significant negative association between low 25OHD levels (≤30 nmol/L) and CRP and WBC that remained after adjustment for a wide range of covariates of clinical significance. The independent and inverse association between serum 25OHD levels and inflammation suggests a potential anti-inflammatory role for vitamin D in older English individuals from the general population. Our findings, therefore, contribute significantly to the body of evidence supporting a role for vitamin D in inflammatory conditions. Controversy exists as to whether vitamin D lowers inflammation or whether inflammation lowers 25OHD concentrations. Whether our findings have any clinical meaning, needs to be further evaluated in randomized controlled clinical trials, especially the potential effects of vitamin D supplementation.

Image with thanks to Thirteen of Clubs, Flickr, reproduced under a CC license.