Insects as sources of iron and zinc in human nutrition 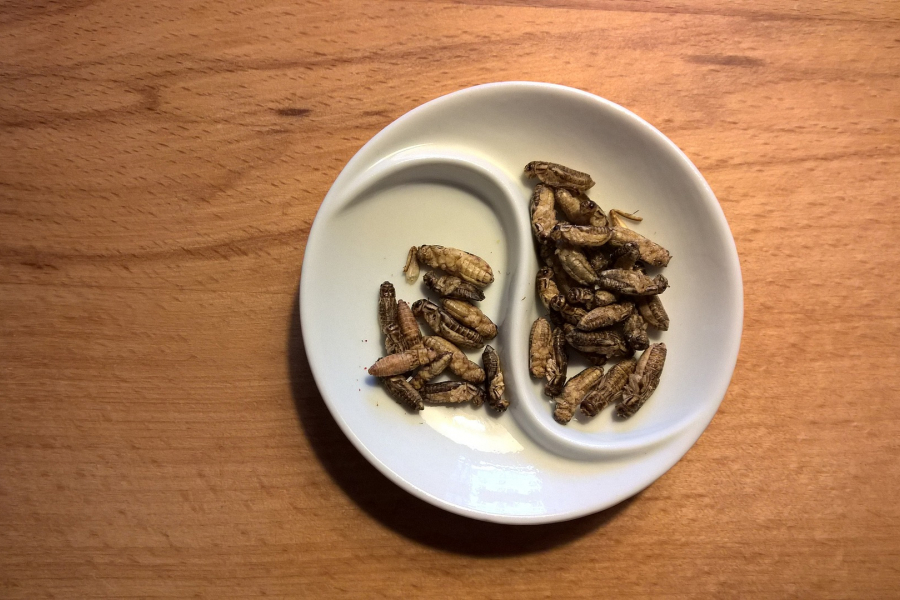 The Nutrition Society Paper of the Month for November is from Nutrition Research Reviews and is entitled ‘Insects as sources of iron and zinc in human nutrition’ by authors: Martin Mwangi, Dennis Oonincx, Tim Stouten, Margot Veenenbos, Alida Melse-Boonstra, Marcel Dicke, and Joop J.A. van Loon

Edible insects, of which world-wide over 2000 species have been documented, are traditionally consumed by ca. 2 billion people. These insect species offer a valuable source of animal protein, of which they contain high levels, 40-60% protein on dry matter basis. The levels of iron and zinc present in 11 edible insect species that are mass-reared and 6 species that are collected from nature are similar to or higher than in other animal-based food sources.

We review the available information on iron and zinc in edible insects and their potential as a source of these micronutrients for the rapidly growing human population. Iron and zinc levels are significantly positively correlated. Biochemically, iron and zinc in insects occur predominantly in non-haem forms, bound to the proteins ferritin, transferrin and other transport and storage proteins. The literature data we brought together point to a thus far unexplored potential of edible insects to contribute to an improved micronutrient status of both resource-poor and western populations.

A major unknown, however, is the absorption efficiency in the human alimentary tract of iron and zinc in the biochemical forms in which they occur in insects. Since the review has been accepted for publication we carried out an in vivo study on resorption efficiency of iron on a group of  22 female volunteers having low iron status who consumed meals with flour prepared from house crickets that had been reared on a diet enriched with iron isotopes. The results indicated an absorption efficiency that was substantially lower than that documented for iron in beef.

Currently we are investigating if the cricket flour contains compounds that inhibit iron absorption employing in vitro bioavailability assays. A candidate inhibitory constituent is chitin, a major component of the insect exoskeleton present in the cricket flour. If chitin or other components of insects negatively interfere with iron and/or zinc absorption in humans, fractionation of insects into protein-enriched preparations lacking the inhibitory compounds may offer a way forward to utilise insects as rich sources of iron and zinc in human nutrition.

Image with thanks to Christoph Meinersmann, Pixaby, reproduced under a CC license.