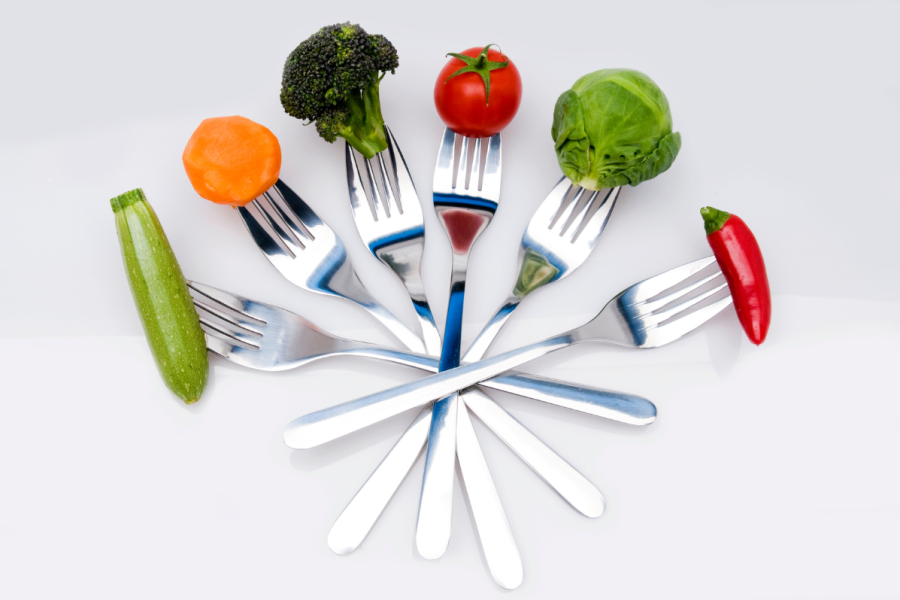 To draw meaningful conclusions about dietary habits, we need to assess accurately what the population is consuming. Different ways to evaluate population diet exist, which leads to the question: "Do studies that use different methods to assess a population's diet lead to similar conclusions?"

In this investigation, we used data from two different studies, the menuCH study and the Swiss Health Survey. Both studies assessed the dietary habits of the population living in Switzerland. The menuCH study asked detailed questions about all foods and drinks consumed by the participants on two separate days. The Swiss Health Survey asked general questions about a person's diet, considering only specific food groups. In this project, we focused on how many study participants were eating the recommended portions of vegetables, fruits, dairy products, meat and meat products, fish, and alcohol. The portions reflected the Swiss food-based dietary guidelines. We then also looked at how many participants were consuming the recommended portions of four or more of these six food groups.

In menuCH, two out of 100 study participants were eating the recommended portions of four or more food groups. In the Swiss Health Survey, the corresponding number was twenty out of 100 study participants. In the menuCH study, the guideline followed the least by the population was the one on vegetables. On the other hand, in the Swiss Health Survey, the least followed guideline was the one on dairy products.

In both studies, women and people who said they never smoked cigarettes were consuming the recommended portions of four or more of the selected food groups more often.

Our study using data from two surveys from Switzerland found large differences in how many study participants were eating the recommended portions of selected food groups, depending on the method used to assess their dietary habits. It is therefore important to use accurate methods to assess dietary habits when studying a population’s diet.

Importantly, both studies showed that only a few people are following the Swiss food-based dietary guidelines. This suggests that actions and policy measures are needed to promote the consumption of healthy foods, in the general population and the population groups (e.g., men) who consume them less frequently.