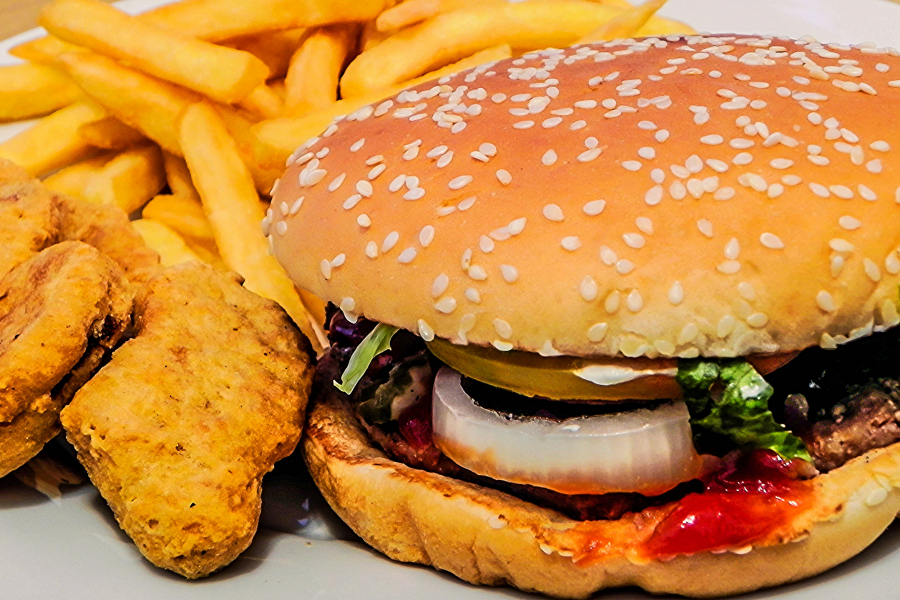 The Paper of the Month for May is from Nutrition Research Reviews and is entitled 'Determinants of takeaway and fast food consumption: a narrative review' Authors: Hayley G. Janssen, Ian G. Davies, Lucinda D. Richardson and Leonard Stevenson.

Understanding takeaway food consumers – what evidence can we take away?

Statistics estimate a high proportion (25%) of calories are derived from out-of-home foods (takeaway, take-out and fast foods) contributing to the obesity crisis.

One of the main issues with takeaways is their poor nutritional content; with some meals exceeding dietary guidelines for energy, fat, salt and sugar. When you then consider large portion sizes, frequency of consumption and accompanying high sugar/energy dense drinks, it is hard not to imagine the results in terms of weight gain and health outcomes.

So why do people keep failing to resist these energy-dense nutrient-poor foods?

Our recent review examined the biological, societal, environmental, demographic and psychological factors that influence out-of-home food consumption. A consistent finding was that younger age groups (19-29 years) consumed more out-of-home foods than older age groups. One proposed reason was that older age groups might find out-of-home foods unfamiliar, with a lack of exposure in younger years when eating habits were developed. Fast food could be seen as a key aspect of youth identity, a way of expressing a youthful self and a lifestyle image. In most studies, men reported consuming out-of-home food more often than women, however, the health implications of this may not be as severe as those seen in women. The increased risk to females may be attributable to lower amounts of physical activity and/or a lower BMR than males. However, this is a speculation and thus requires further investigation.

Consumption of out-of-home food often comes down to biological drives such as taste; psychologically exacerbated by aggressive marketing. A culture where overweight and obesity are often seen as a ‘norm’ may make tackling out-of-home food consumption and its nutrition-related issues more challenging. Indeed, this may be contributing to the reason why people in the UK and elsewhere are becoming more dependent on out-of-home foods as a source of nutrition.

Overall, there is not one single reason why people consume out-of-home foods with poor nutritional profiles. The cause is multi-faceted and complicated by a combination of conscious and sub-conscious decisions and food choice behaviours. However, we do know there are high levels of overweight and obesity-related ill health costing health providers billions (e.g. the NHS in England spend £6.1 billion per year), making it an area of high public health significance in need of further research and intervention. The review concludes that further consideration of the determinants of out-of-home food consumption within specific populations is crucial to inform the development of targeted interventions to reduce the impact of out-of-home foods on public health.

Image with thanks to Paul Saad, Flickr, reproduced under a CC license