Could cholecalciferol (vitamin D3) deficiency explain the extinction of the dinosaurs? 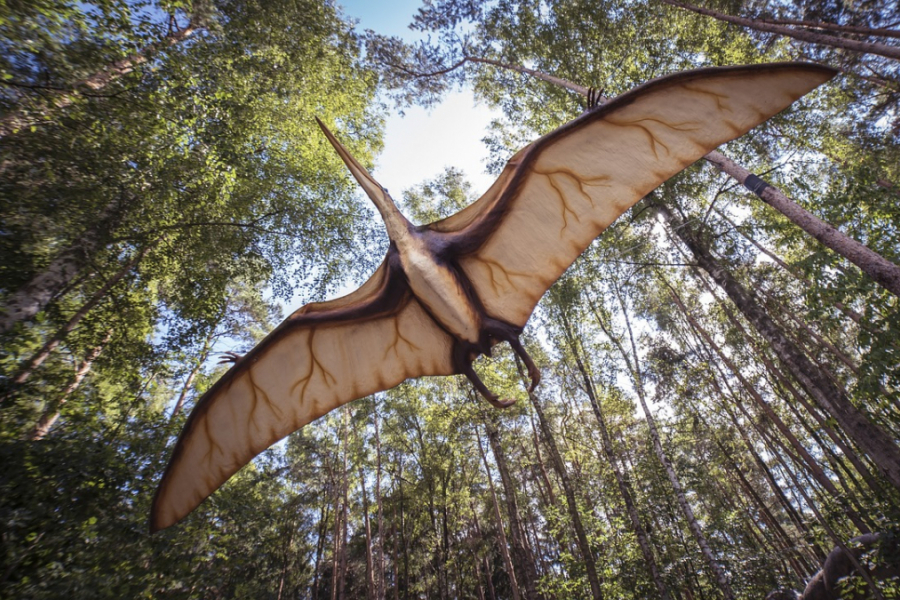 The Nutrition Society Paper of the Month for September is from the Journal of Nutritional Science and is entitled ‘Why did the dinosaurs become extinct? Could cholecalciferol (vitamin D3) deficiency be the answer?’ by David R. Fraser.

Paleontological evidence indicates that the very large and diverse family of dinosaur species all became extinct 66 million years ago, at a time when geological evidence indicates that there was extreme and sudden environmental change. Environmental disruption was caused by the impact of a large celestial object at Chicxulub on the Yucatan Peninsula in the Gulf of Mexico and from extensive violent volcanic eruptions in what is now India. The coincidence of these environmental events with the apparently sudden extinction of all dinosaur species has given rise to the commonly held view that these environmental changes caused the demise of the dinosaur family, as well as many other life forms.

However, there has been very little discussion about the actual biological functions of the extinguished animals that were so affected by environmental change that continuation of life became impossible. How could these changes cause worldwide extinction of dinosaurs in Europe, Africa, Asia and the Americas?  It has been presumed that because of blocking of solar radiation for several months by large amounts of dust, soot and aerosol particles in the stratosphere, that the food supply of all these animals was so drastically cut that they all died from starvation. Could that really explain the wiping out of every individual of all dinosaur species in Africa or Europe that were thousands of kilometres from the regions of violent disturbance? Could the environmental changes have unleashed a virulent infection that specifically targeted a family of animals with 100% mortality? The problem with theories that explain extinction by the killing of animal populations is that no matter how devastating the mortality might be, there would be some individuals that survive because of adaptation to environmental change: the Darwinian survival of the fittest.

The most effective way of extinguishing an animal species is to stop it from reproducing. We now realise that today’s birds are descendants of theropod dinosaurs. Bird eggs and the wide range of fossilised eggs of extinct dinosaurs are structurally very similar.  Why are there so many fossilised dinosaur eggs, many containing fossilised embryos? Could it be that these eggs are a time capsule clue to explain the world-wide disappearance of these terrestrial animals? A possible mechanism of blocking dinosaur reproduction comes from our understanding of vitamin D in the oviparous reproduction of birds. Vitamin D deficiency in birds causes embryonic death before hatching. But persistent vitamin D deficiency in birds leads to failure of egg-shell formation so that the eggs are destroyed after deposition. If the female dinosaurs laid a batch of eggs with inadequate vitamin D to support embryonic development, such eggs may be represented in the fossil record. However, with prolonged vitamin D deficiency, all subsequent eggs would be destroyed on deposition.

The extreme stratospheric changes from the impact of the Chicxulub object or from cataclysmic volcanic eruptions would have blocked solar UV light for many years. This would prevent vitamin D formation in the skin of terrestrial animals. This concept raises many questions. Why did the ancestors of birds not also become extinct? Why did reptiles and amphibians survive? What role has ergocalciferol (vitamin D2) played in terrestrial animal evolution? Can we answer these questions from the fossil record? Comparison of the effects of vitamin D deficiency on the eggs of birds with the structure and other characteristics of dinosaur eggs, is a line of enquiry that could help explain why these animals ceased to exist.