Can we 'meat' the cause of our next heart attack?  | The Nutrition Society Skip to main content

Can we 'meat' the cause of our next heart attack? 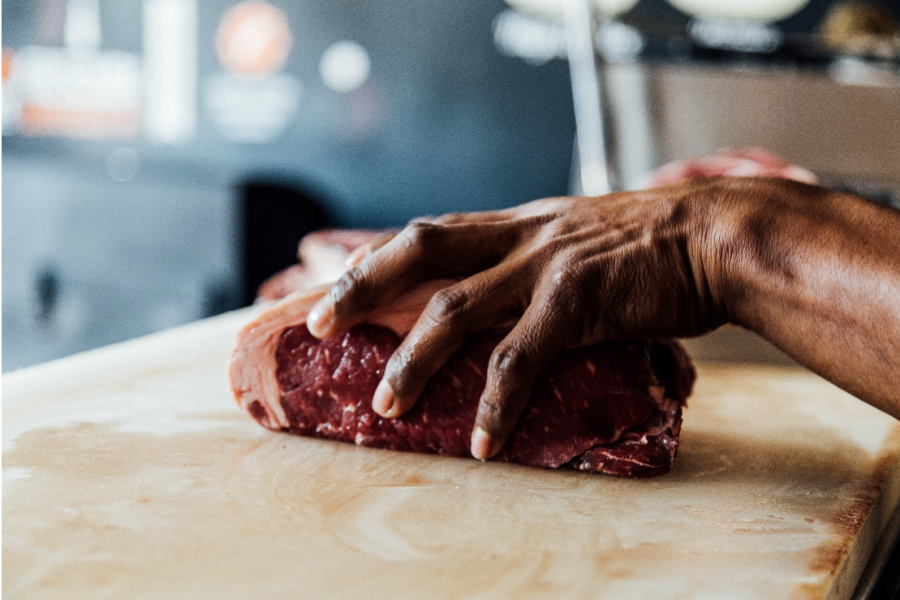 Cardiovascular disease (CVD) remains the biggest cause of death globally despite improved education around lifestyle risk factors. One of the strongest risk factors that can influence CVD is our diet. Choosing what we decide to fuel our bodies with can either promote health or disease.

One of the ways through which our diet can influence disease is thought to be its interactions with our gut microbiome, populations of bacteria that live within our intestine.

Research over the past decade has shown that when we eat animal food products such as meat, dairy, fish, and eggs, our gut bacteria may metabolise the natural chemicals within these foods to create a toxic by-product called trimethylamine (TMA). Our body tries to get rid of this TMA by absorbing it into the blood to be sent off to the liver, where it is converted to another chemical called trimethylamine-N-oxide (TMAO), which is easier to remove from the body through urine.

Recently, studies have found that people who suffer from CVD appear to have high amounts of TMAO in their blood. Since then, other studies using cell and animal models have shown that high amounts of TMAO may cause damage to our heart and blood vessels, increasing our risk of having a heart attack.

The problem is, the amount of TMAO in the blood of these CVD patients is much lower than what other scientists show is needed to produce damage. So the question arises: is TMAO actually promoting and causing disease, or is it simply a consequence of already having disease?

We think the answer is a combination of the two ideas. That is, as someone naturally progresses through CVD, their body will start to produce and retain more TMAO in the blood. At some point, this TMAO will surpass a threshold and begin to cause damage to the body. This is supported by the work of multiple other research groups.

If TMAO really is a driver of disease, as we discuss, then this opens up new approaches to preventing or treating CVD. A fascinating target is our gut bacteria, with some studies now demonstrating that they can prevent TMA generation by modifying our bacteria, without killing them or causing damage to the host. At this point in time, however, it appears the easiest and safest way to slow production of TMAO is to cut back on animal food products and replace them with nutrient dense plant foods. It’s also interesting to note that people who follow a plant-based vegan diet do not produce TMAO, even when fed animal food products. The reason is that through altering their diet they have shifted the populations of bacteria in their gut to those that cannot make TMA and hence TMAO. Our diet, our personal bacteria populations and our health are clearly tightly interlinked.

Access the entire Nutrition Society Paper of the Month Collection.