Are the beneficial effects of dietary nitrate on blood pressure dependent on bacteria in our mouth? | The Nutrition Society Skip to main content

Are the beneficial effects of dietary nitrate on blood pressure dependent on bacteria in our mouth? 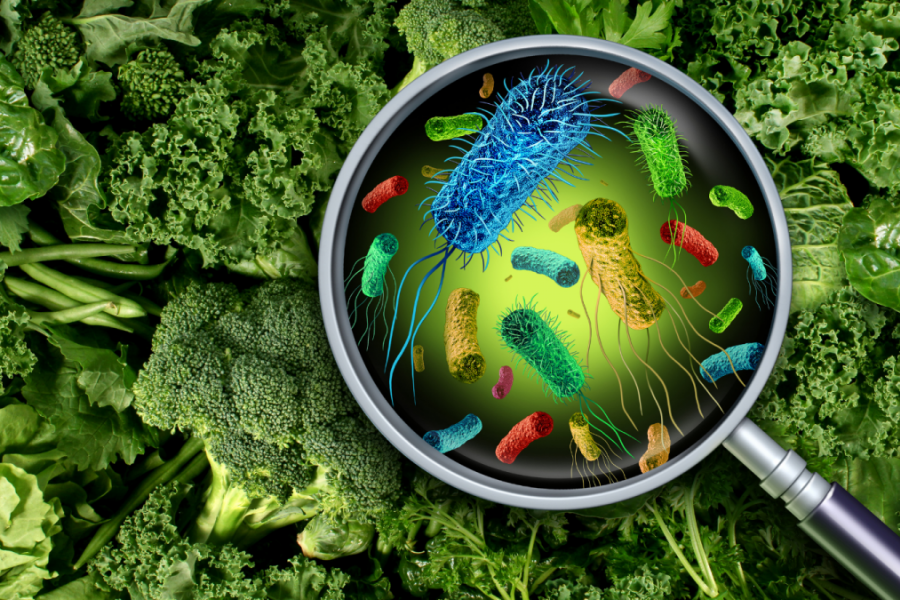 The Paper of the Month for March is from Nutrition Research Reviews and is entitled ‘The Role of Dietary Nitrate and the Oral Microbiome on Blood Pressure and Vascular tone’  by  H.S. Alzahrani, K.G. Jackson, D.A.Hobbs and J.A. Lovegrove.

Higher dietary nitrate intakes have been shown to lower blood pressure and improve the elasticity of blood vessels, which are common risk factors for the development of cardiovascular diseases. Nitrate is commonly found in drinking water, and root or leafy vegetables, such as beetroot and spinach. Previous studies have shown that use of anti-bacterial mouthwash can reduce the blood pressure lowering effects of eating dietary nitrate, which suggests that bacteria found in the mouth have an important role to play in dietary nitrate metabolism and improvements in blood pressure. In this paper, we used a systematic approach to review the evidence on the involvement of the oral bacteria (microbiome) in mediating the beneficial effects of dietary nitrate on blood vessel function and to identify sources of inter-individual differences in oral bacterial composition.

Evidence indicates that bacteria present on the tongue can convert dietary nitrate to nitrite. Most of the swallowed nitrite then enters the stomach, before absorption into the blood, where it is converted to nitric oxide.  This is the active form of nitrate and is effective at blood vessel relaxation, leading to lower blood pressure and improved blood flow. Most of the oral nitrate-reducing bacteria are found at the rear of the tongue and there are several modifiable (e.g. dietary nitrate intake, health condition and smoking habits) and non-modifiable (e.g. age, sex and genetic) factors that can influence the type and number of these bacteria within the mouth. There are several identified nitrate-reducing bacteria that can convert dietary nitrate to nitrite, including Rothia spp, Neisseriae spp, Veillonella spp and Actinomycesspp. It has been estimated that these bacterial species contribute to the production of 80% of the nitrite swallowed after eating dietary nitrate and that use of anti-bacterial mouthwash can eliminate these effects.

In conclusion, our literature review has revealed there are limited studies conducted in humans to date. However, current evidence suggested that oral bacteria may play an important role in mediating the beneficial effects of nitrate-rich foods on blood pressure reduction and blood vessel health, but the underlying mechanisms of action are still unclear. Therefore, there is a need for further studies to determine the changes in the number and types of oral nitrate-reducing bacteria in response to dietary nitrate consumption, to identify the important species of oral nitrate reducing bacteria and how they might relate to blood pressure and vessel health. 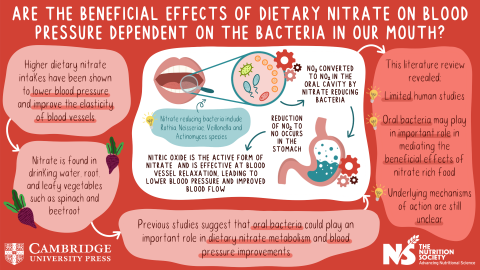