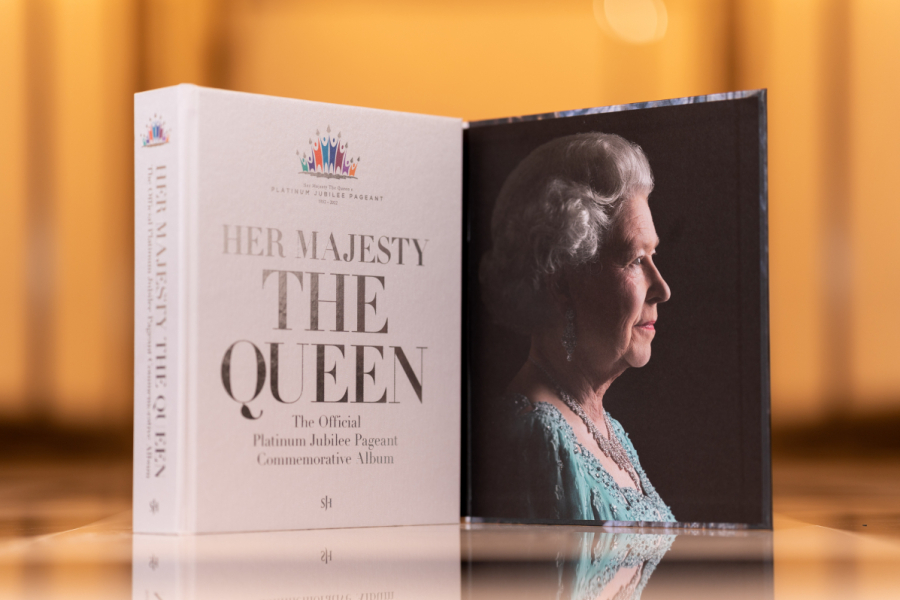 Produced by publisher St James’s House and written by royal authors Robert Jobson and Katie Nicholl, with contributions by Tom Parker Bowles, this beautiful hardback publication features more than 200 photographs of Her Majesty from throughout her life and charts the trials and triumphs of The Queen’s 70 years on the throne. Richard Freed, Founder and CEO of St James’s House, opened the event with a speech that paid tribute to The Queen and outlined St James’s House’s long history of producing official publications for royal celebrations.

The launch event was attended by more than 450 guests, who witnessed history in the making during a live screening of the jubilee celebrations. And as the event progressed into the evening, St James’s House COO Craig Vye hosted Q&A sessions with Robert Jobson, Katie Nicholl and Tom Parker Bowles. Providing a unique window into Her Majesty’s decades of service and one of the most extraordinary lives of this or any other era, the book also features a select number of outstanding individuals and organisations from across the country, the Commonwealth and beyond.

To download the e-book edition of Her Majesty The Queen: The Official Platinum Jubilee PageantCommemorative Album, click here.