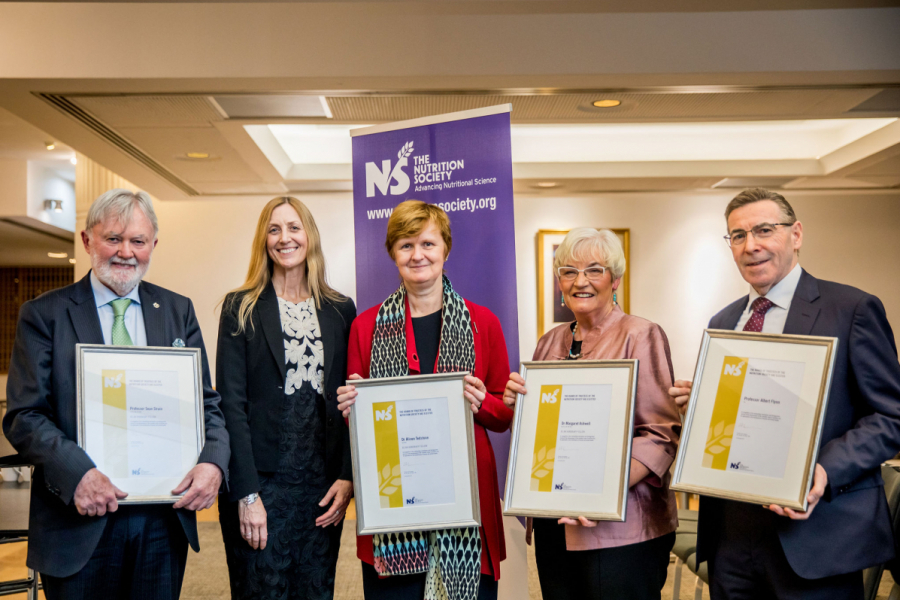 The Annual Drinks Reception was held this year at a very festive looking Royal Society of Medicine following the first day of the 2019 Winter Conference. President Julie Lovegrove thanked the Society's supporters for their work and support over the course of the year, as well as awarding the following prizes and awards.

Four new Honorary Fellows of the Society were announced in recognition of their lengthy service to the field of nutrition science. Many congratulations to:

Congratulations also to Ben Narang, University of Bath, awarded the best Summer Studentship Project in 2019 for his project “The effect of calcium co-ingestion during endurance exercise on exogenous glucose oxidation in healthy men.”

Dr Margaret Ashwell, one of the Society's newly appointed Honorary Fellows, was kind enough to let the Society interview her during the Annual Drinks Reception. A long-term advocate for evidence based nutrition science, we asked Dr Ashwell about why she initially joined the Society and to talk about her experiences with the Society since then.