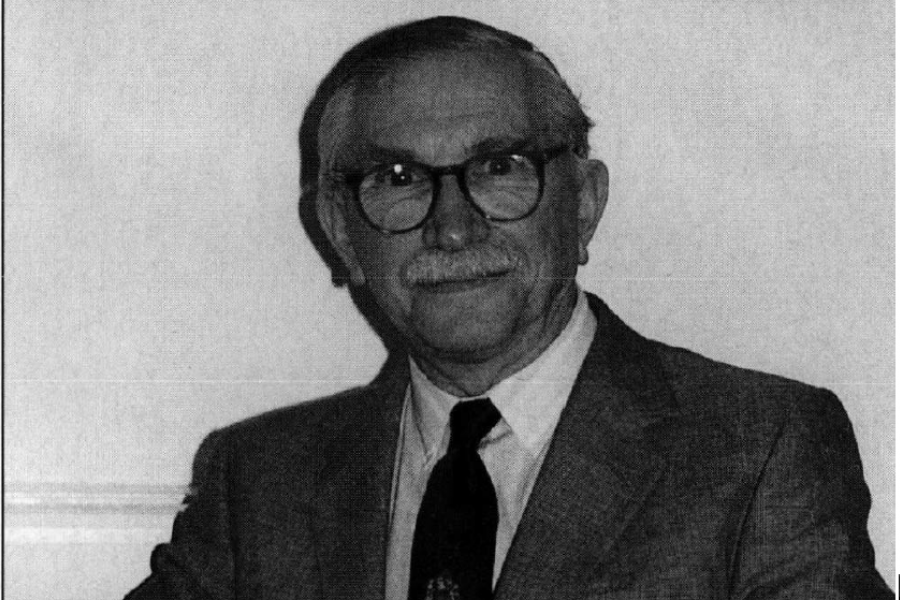 The Society is deeply saddened to announce the passing of John W. T. Dickerson, who died on 14 April 2020. He was an Honorary Fellow of the Nutrition Society, Emeritus Professor of Human Nutrition at the University of Surrey, and served as a scientific governor of the British Nutrition Foundation for many years.

Professor Dickerson joined the Department of Experimental Medicine, University of Cambridge, at the end of August 1953, after he had received a Bsc. He gained his PhD in 1959 for his work on aspects of body composition during normal development, and as a result of undernutrition. He left the department in 1965, just before Professor McCance retired, and went to work at the Institute of Child Health in London. In 1967 he became a Reader in Human Nutrition in the Department of Biochemistry at the newly formed University of Surrey, and in 1973 he became Professor of Human Nutrition.

Professor Dickerson retired in 1988 and was later appointed an Emeritus Professor. He will be remembered for his great contributions to nutrition research and will be greatly missed by all who knew him.

“He was an important person in my early career, my personal tutor during my undergraduate days as well as my PhD supervisor” - Professor Judy Buttriss

"I would like to take this opportunity to thank Professor J.W.T. Dickerson for his advice, encouragement and tireless supervision of my thesis" - Dr Denise E. Thomas